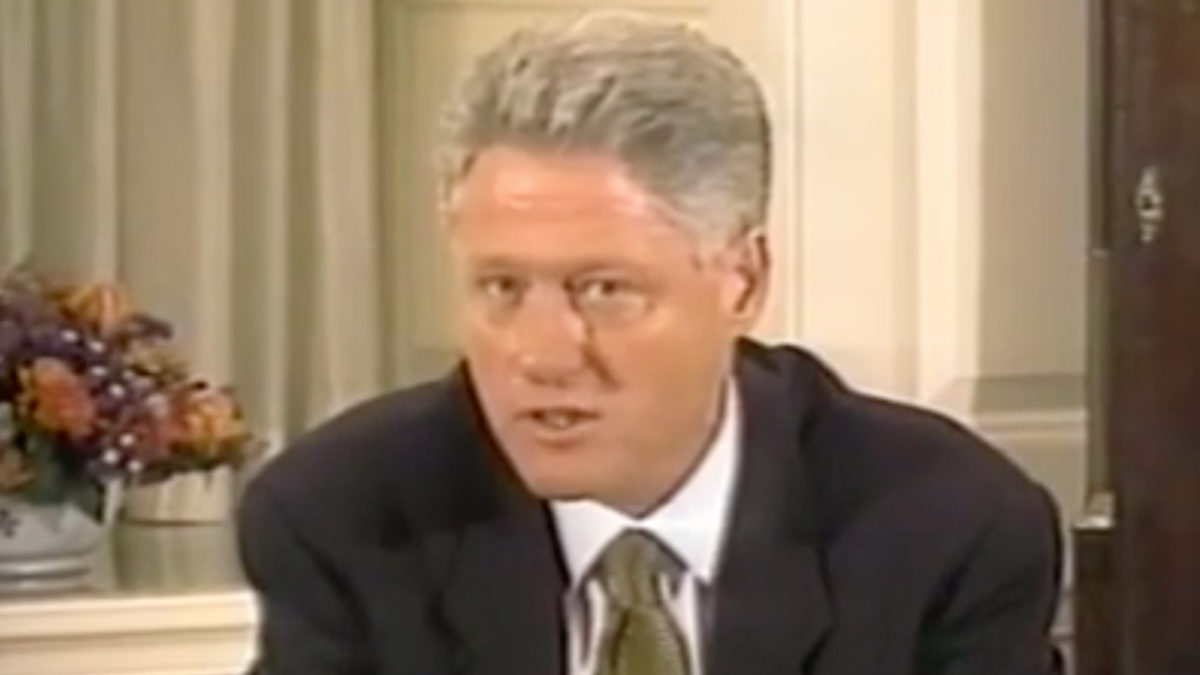 The first season of American Crime Story was The People v. O.J. Simpson. The second was The Assassination of Gianni Versace. And today FX confirmed the third season is Impeachment.

Impeachment: American Crime Story is retelling the Bill Clinton sex scandal and impeachment, with Monica Lewinsky herself joining the show to produce.

Per the Hollywood Reporter, FX CEO John Landgraf said in the announcement, “This franchise re-examines some of the most complicated, polarizing stories in recent history in a way that is relevant, nuanced and entertaining. Impeachment: American Crime Story will likewise explore the overlooked dimensions of the women who found themselves caught up in the scandal and political war that cast a long shadow over the Clinton presidency.”

Lewinsky spoke to Vanity Fair and explained her initial hesitance before signing on to work on the show:

I was hesitant, and truthfully more than a little scared to sign on. But after a lengthy dinner meeting with Ryan, I came to understand even more clearly how dedicated he is to giving a voice to the marginalized in all of his brilliant work. I’m privileged to work with him and the other talented people on the team, and I’m privileged to have this opportunity.

People have been co-opting and telling my part in this story for decades. In fact, it wasn’t until the past few years that I’ve been able to fully reclaim my narrative; almost 20 years later.

But I’m so grateful for the growth we’ve made as a society that allows people like me who have been historically silenced to finally reintroduce my voice to the conversation. This isn’t just a me problem. Powerful people, often men, take advantage of those subordinate to them in myriad ways all the time. Many people will see this as such a story and for that reason, this narrative is one that is, regretfully, evergreen.