Designer of AOC’s ‘Tax The Rich’ Met Gala Dress Owes Over $100K in Back Taxes, Accused of Being a Rent Deadbeat and Running ‘Sweatshop’ of Unpaid Interns: Report 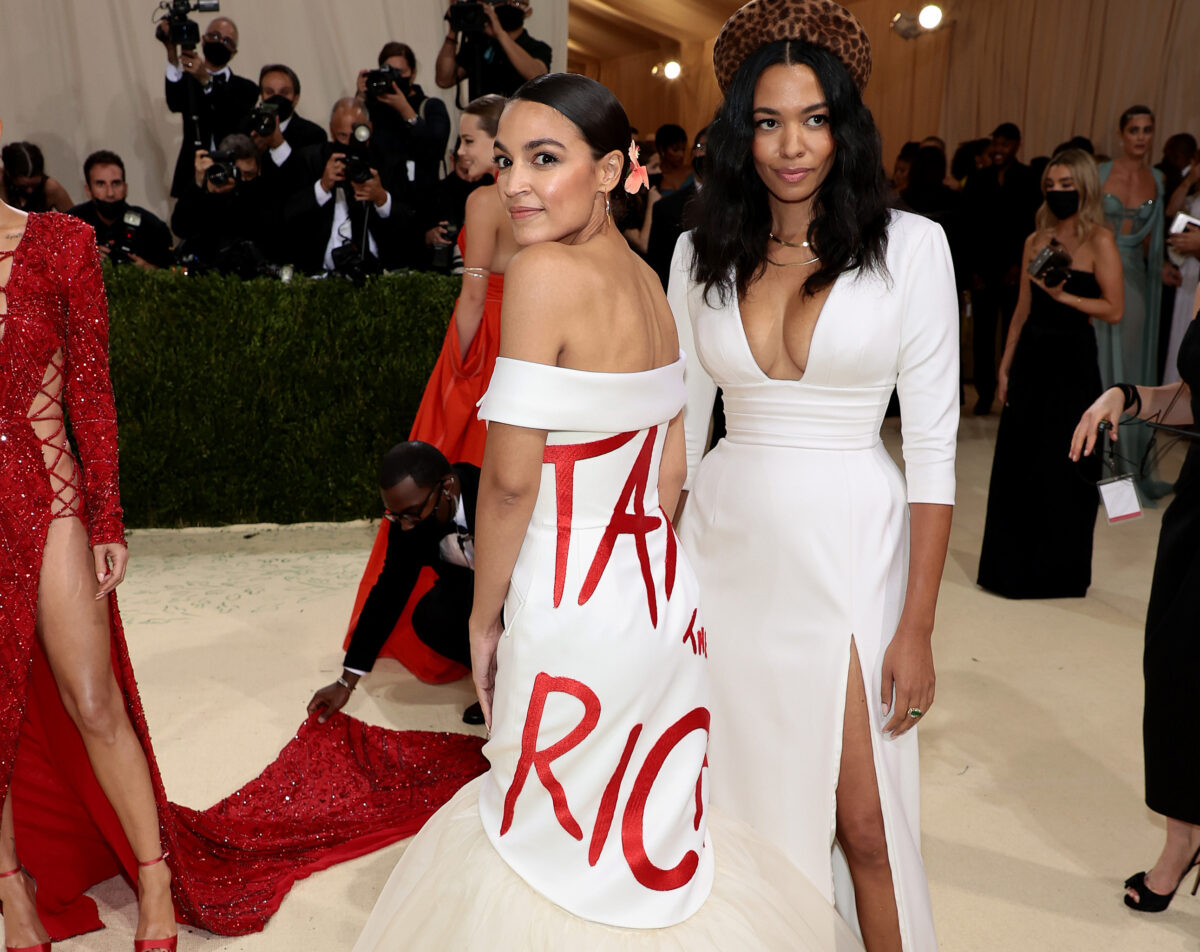 Photo by Dimitrios Kambouris/Getty Images for The Met Museum/Vogue.

Proving irony never goes out of style, Aurora James, the designer of Rep. Alexandria Ocasio-Cortez’ (D-NY) viral “Tax the Rich” Met Gala gown, is a tax deadbeat herself, according to a report by the New York Post.

She’s also a rent deadbeat, the Post claims, describing an eviction action by James’ previous landlord — along with a demand for more than $25,000 plus interest for staying beyond her lease. The case was settled for an undisclosed amount.

Another previous landlord reportedly sued James for more $5,000 in unpaid rent, sending her a letter complaining that she had “never have paid your rent in a timely manner.”

James’ former employees were all-too-willing to slap down their old boss’ efforts to paint herself as a hero of the working class, describing her fashion brand as a “a sweatshop that relied on legions of unpaid interns working full-time jobs”:

“I experienced a lot of harassment when I worked for her,” one former contract employee told The Post. “Aurora would ask me to do things that were not in anyone’s job description, like scheduling her gynecological appointments. The work environment was so hostile that I was afraid to ask for my check.” The employee was ultimately terminated.

An ex-intern called James “quite cold,” adding that “she never gives recognition or acknowledgement to her team.

Reps for James and Ocasio-Cortez declined to respond to the Post’s requests for comment.