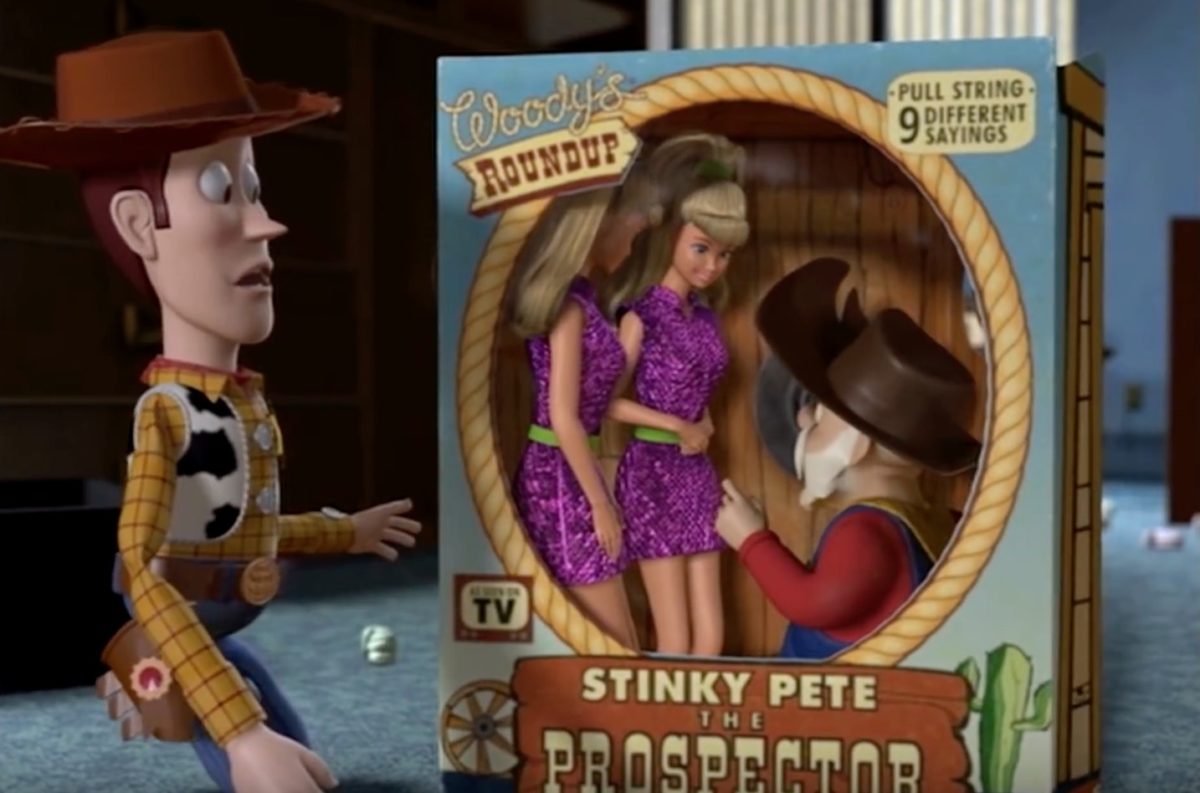 Disney re-released the Toy Story films on 4K Blu-ray this year ahead of the premiere for the franchise’s fourth installment, but it seems they deleted a scene that might not look so good following the #MeToo movement.

Movie buffs know that at the end of Pixar’s films, they occasionally include a blooper reel during the credits in order to show off funny “outtakes” from the performances of their animated characters. Toy Story 2 has one of these gag reels, but in the film’s new version, Disney apparently yanked a scene where Prospector Stinky Pete flirts on-set with two Barbie dolls and promises to give them roles in Toy Story 3.

“You know, I’m sure I could get you a part in ‘Toy Story 3,'” Pete says while stroking one of the dolls’ hands. When he realizes the camera’s rolling, Pete becomes noticeably frazzled and dismisses the ladies with “All right girls, lovely talking with you. Any time you’d like some tips on acting, I’d be glad to chat with you.”

It would appear Disney is frowning upon the scene in retrospect because it looks like a “casting couch” situation, which is when an influential male figure in the film industry promises career advancement to women in exchange for sexual favors. Harvey Weinstein was accused of this kind of sexual misconduct multiple times before his downfall, and Toy Story 2 director John Lasseter was also forced out of Pixar and Disney Animation when he was accused of inappropriate sexual behavior as well.