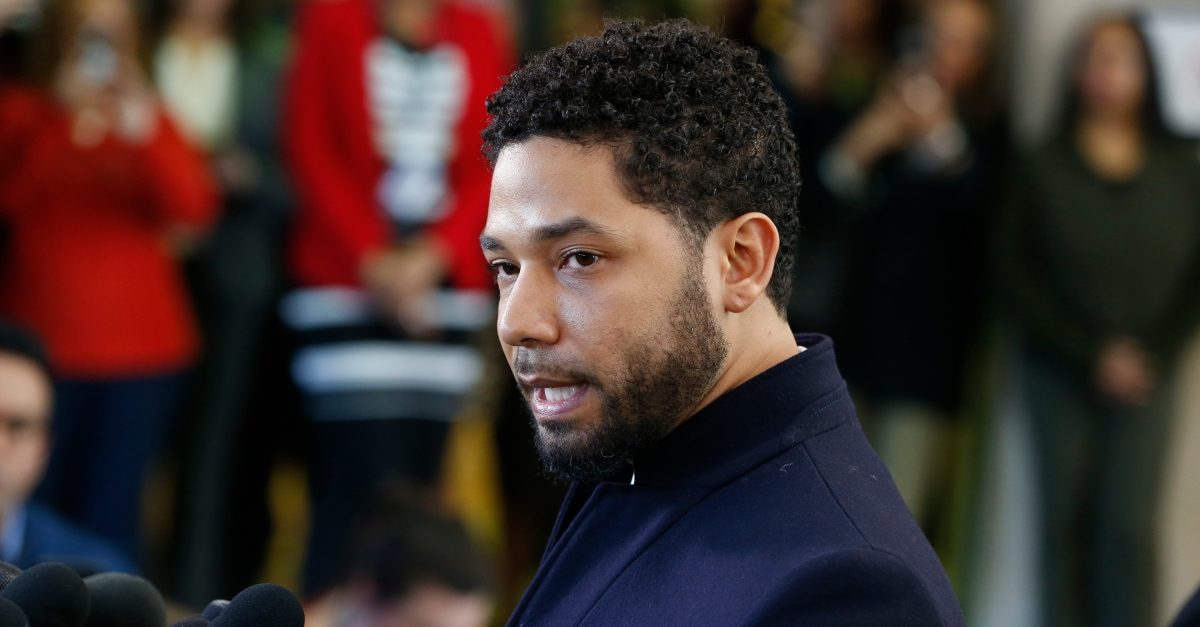 Jussie Smollett‘s contract for the Fox Entertainment show Empire has been extended but the studio says that it is unlikely that the actor’s character will return to the show.

Smollett, who Chicago police say staged a hate crime but had his criminal charges controversially dropped last month, had his character removed from the show after the alleged hoax incident.

“By mutual agreement, the studio has negotiated an extension to Jussie Smollett’s option for Season 6, but at this time there are no plans for the character of Jamal to return to ‘Empire,'” Fox Entertainment and 20th Century Fox TV said in a statement released today after it was announced the show was renewed.

“We’ve been told that Jussie will not be on Empire in the beginning of the season but he appreciates they have extended his contract to keep Jamal’s future open. Most importantly he is grateful to Fox and Empire leadership, cast, crew and fans for their unwavering support.”

When his character was suspended from the show, the studio argued that the change would “avoid further disruption on set.”

While Chicago requests the actor shell out $130,000 to pay for the resources spent by the city’s police department investigating the fake crime, prosecutors have dismissed all of Smollett’s felony charges. He is also resisting paying the $130,000 to the city.