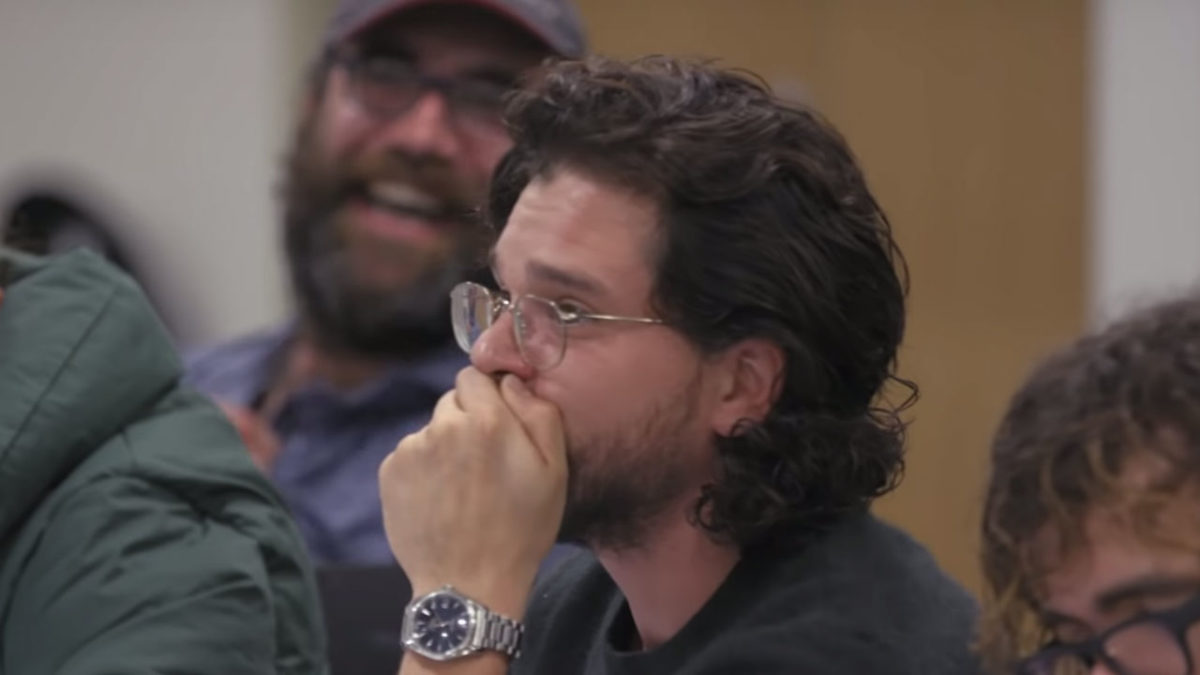 (Game of Thrones spoilers below.)

HBO aired a documentary on Sunday, The Last Watch, with a big behind-the-scenes look at the final season of Game of Thrones, which included some memorable reactions from the cast during the table read.

The most notable one was Kit Harington‘s reaction to finding out that Jon Snow was going to kill Daenerys Targaryen.

Harington had apparently not read the script before then. In interviews with Entertainment Weekly, Clarke and Harington recalled the moment of truth:

At the table read, Clarke sat across from Harington so she could “watch him compute all of this.” When they got to their final scene together, recalls Harington, “I looked at Emilia and there was a moment of me realizing, ‘No, no…’”

And Clarke nodded back, sadly, ‘Yes…’

“He was crying,” Clarke says. “And then it was kind of great him not having read it.”

And the documentary captured the look on their faces when Harington realized what he was reading:

The clip from #TheLastWatch of Kit Harington learning that Jon Snow kills Daenerys is making me feel more for the actor than I felt for the character, in that scene or throughout the series. This just makes me want video of every #GameOfThrones table read. pic.twitter.com/eMxKgEYhZ5

Kit Harington and Emilia Clarke at the last Game of Thrones table read, discovering how it was going to end for Daenerys pic.twitter.com/noPi4mAHZL

The documentary also captured some other notable reactions from the cast, including the whole cast’s reaction to Arya killing the Night King and Conleth Hill‘s reaction in particular to his character Varys‘ death:

THE CAST FINDING OUT ARYA IS THE ONE WHO KILLS THE NIGHT KING & THEY ALL CHEER FOR HER!❄️???? #GamefThrones #TheLastWatch pic.twitter.com/bIUDYC3Due

conleth hill closing the script before finishing reading and putting it in the middle of the table with "i don't need your garbage" face is the mood of the whole season pic.twitter.com/Cx7iHdKsO3