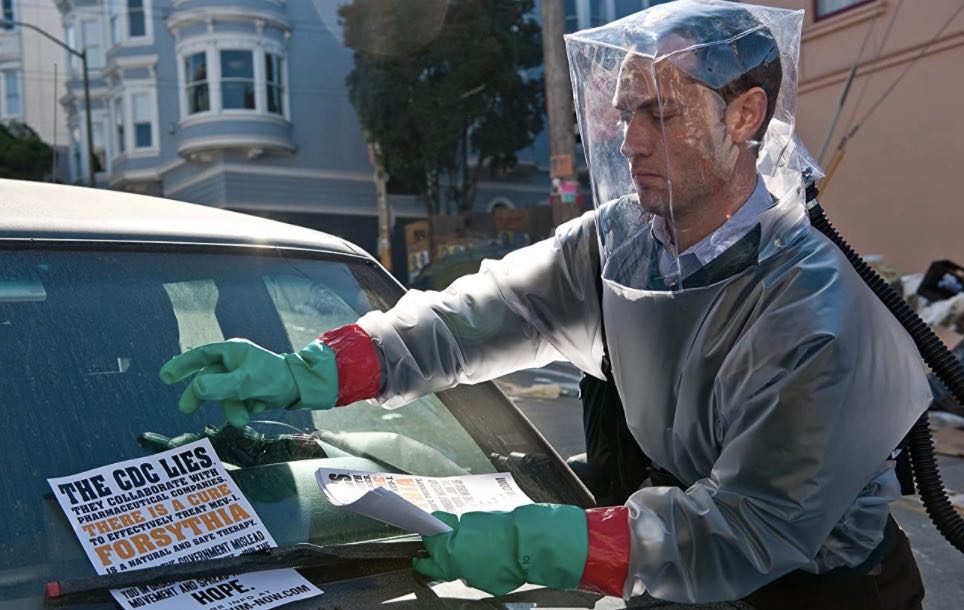 Jude Law revealed that while shooting the 2011 thriller Contagion, scientists involved in the production warned the cast and crew that a similar real-life pandemic was inevitable.

In a new video for GQ, Law discussed some of his most iconic characters, including the conspiracy theorist he played in Contagion, which centers on a deadly virus wiping out humanity.

Law continued, “The way they described it, which is exactly as it has happened, just made sense. They painted out all the obvious areas and reasons why it would spread so quickly. What’s scary is you learn on a set like that because you’re being advised by experts, but it doesn’t necessarily sit.” The actor went on to say that after wrapping the movie 10 years ago, “That maybe sat in my system and scared the hell out of me for all of 18 months.”

“When 2020 started, and we heard about what was initially happening in China, what fast became apparent around the world, it rang alarm bells,” Law added. “Unfortunately, I wasn’t hugely surprised.”

In the film, Law plays a conspiracy theorist who posts videos about the virus on his blog, and he’s since noticed real-world counterparts emerging. “What’s extraordinary, maybe more in a way than the virus spreading, is how characters like that have really started to pop up,” he said.

Watch the video below. The discussion about Contagion begins at the 18:12 mark.