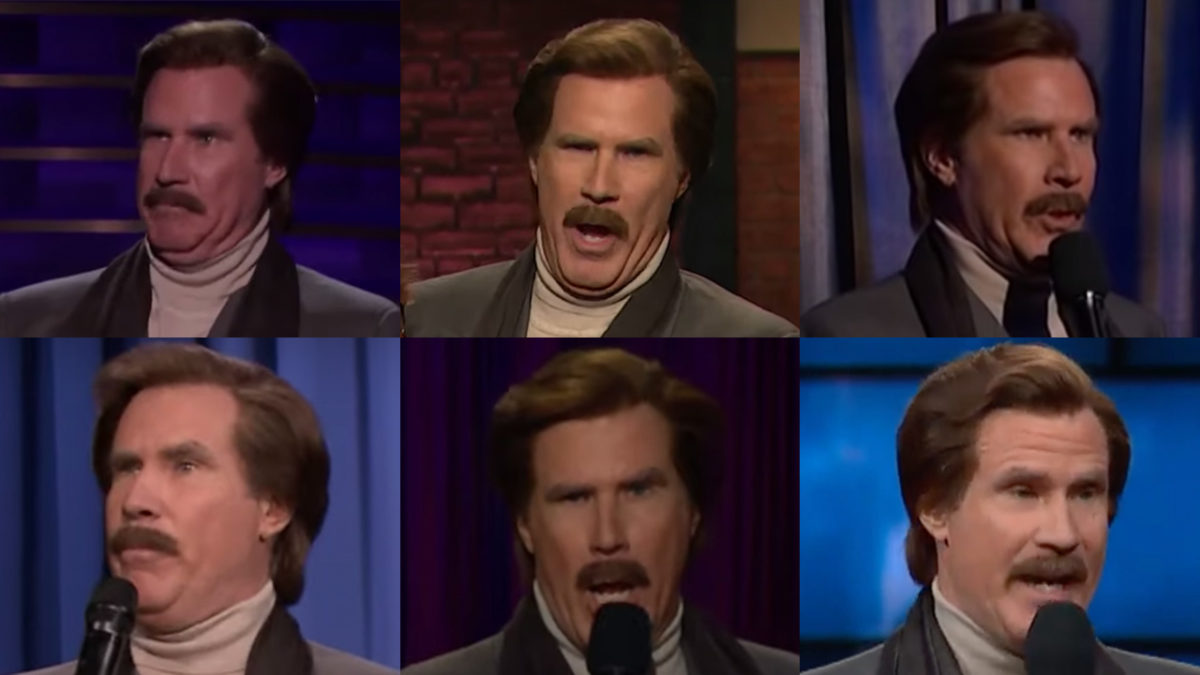 San Diego news legend Ron Burgundy has broken into the world of podcasting… and now, apparently, the world of stand-up comedy.

For example, Burgundy tried out some prop comedy for Conan O’Brien.

And he brought out a “hipster dummy” for Seth Meyers.

Over on Jimmy Kimmel‘s show, Burgundy proved that despite being very much a man of the 70s, his insights on dating apps and pornography are just as fresh as any young comic.

Burgundy also sat down for interviews during some of his appearances. He delighted Jimmy Fallon talking about what it’s like getting into the podcasting game, including his unpleasant run-in with Kylie Minogue:

He faced his fears of skunks with James Corden:

And Burgundy even engaged in a little political punditry, telling Stephen Colbert that without question the biggest news of 2019 was “the Ferris Bueller report.”