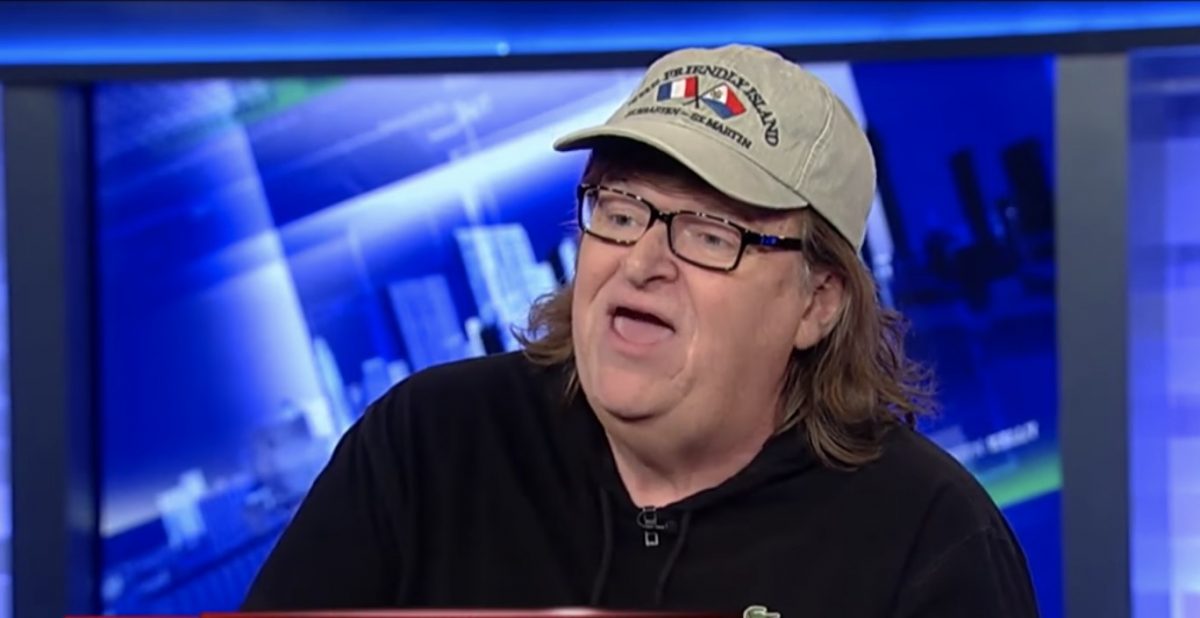 Moore teased the project, which he said on his website that he’s been working on for the last few months on Twitter Wednesday afternoon.

I know Roseanne. And I know Trump. And they are about to rue the day they knew me… pic.twitter.com/vW81Gq7s1i

The teaser clip shows a segment from Barr’s short-lived talk show The Roseanne Show that features Trump, Moore, and Barr sitting at a table talking about Moore’s documentary “Roger & Me.”

“It’s terrific, I tell you, I love what he did,” Trump is heard saying, praising Moore. “If I was Roger, I wouldn’t have liked it but I enjoyed it. I hope he never does one on me though.”

Along with the clip, Moore tweeted out, “I know Roseanne. And I know Trump. And they are about to rue the day they knew me…”

Moore’s website offers few details, noting only that “I’ve been working on a secret project for the last few months” and including the same clip he tweeted out.

In response to Moore’s project tease, Barr called for the two to “get together instead of hate.” She also claimed that during the 1997 interview, she told Trump he should run for President.

I interviewed Michael Moore and @POTUS together on my old talk show in 1997-we talked about capitalism. That is the day I told @POTUS he should run for @President #michaelMoore

tell michael moore that I am not his enemy-why can't we get together instead of hate? Why can't we work to clean up the water in Flynt Michigan? let's put our money where our mouths r.