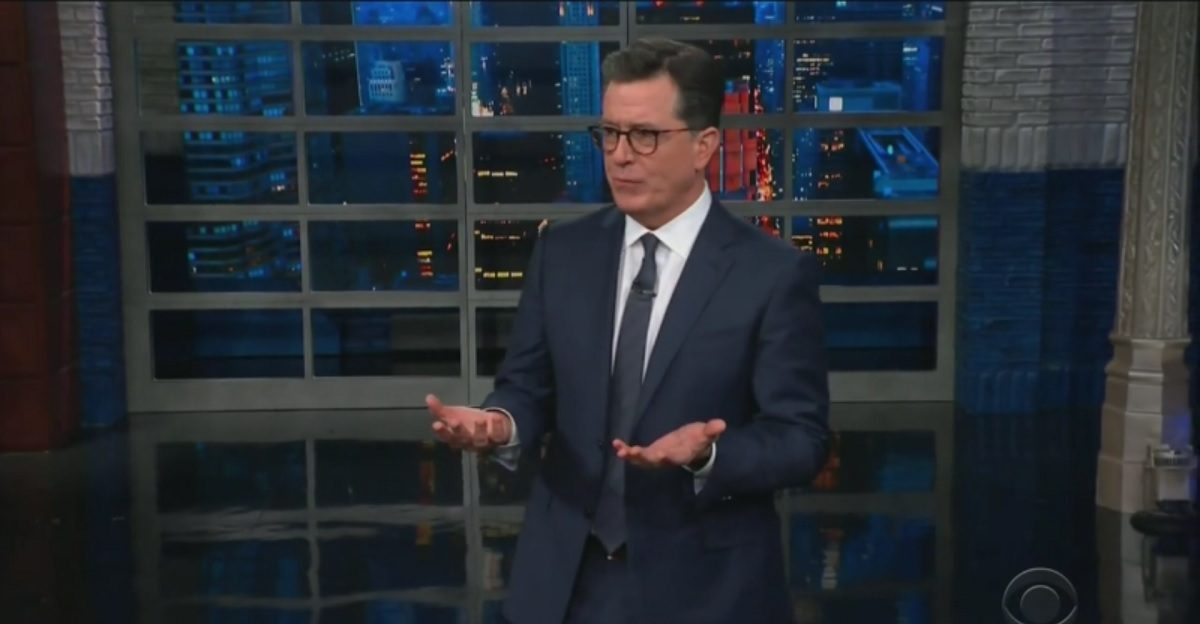 Late Wednesday, President Donald Trump announced he plans to wait to give the State of the Union until after the shutdown.

“I am starting a petition for the Democrats to let @iamcardib give the rebuttal to the SOTU,” Colbert tweeted. “Sign it by retweeting this!”

I am starting a petition for the Democrats to let @iamcardib give the rebuttal to the SOTU. Sign it by retweeting this!

Cardi B is the rapper who made waves when she went to Twitter war with Tomi Lahren recently.

She also has very publicly spoken out against the shutdown, taking to an Instagram video to declare our country is a “hellhole” all for a “fucking wall.”

Colbert has also previously told Democrats that they need to get someone livelier to do their rebuttals, ripping Nancy Pelosi and Chuck Schumer as “Direct to DVD Addams Family” Democrats for their listless, shared podium talk after Trump’s Oval Office speech.

So far, Colbert’s tweeted out petition is doing well, with over 17,000 retweets by early Thursday morning.

State of the UnionStephen Colbert
Tips