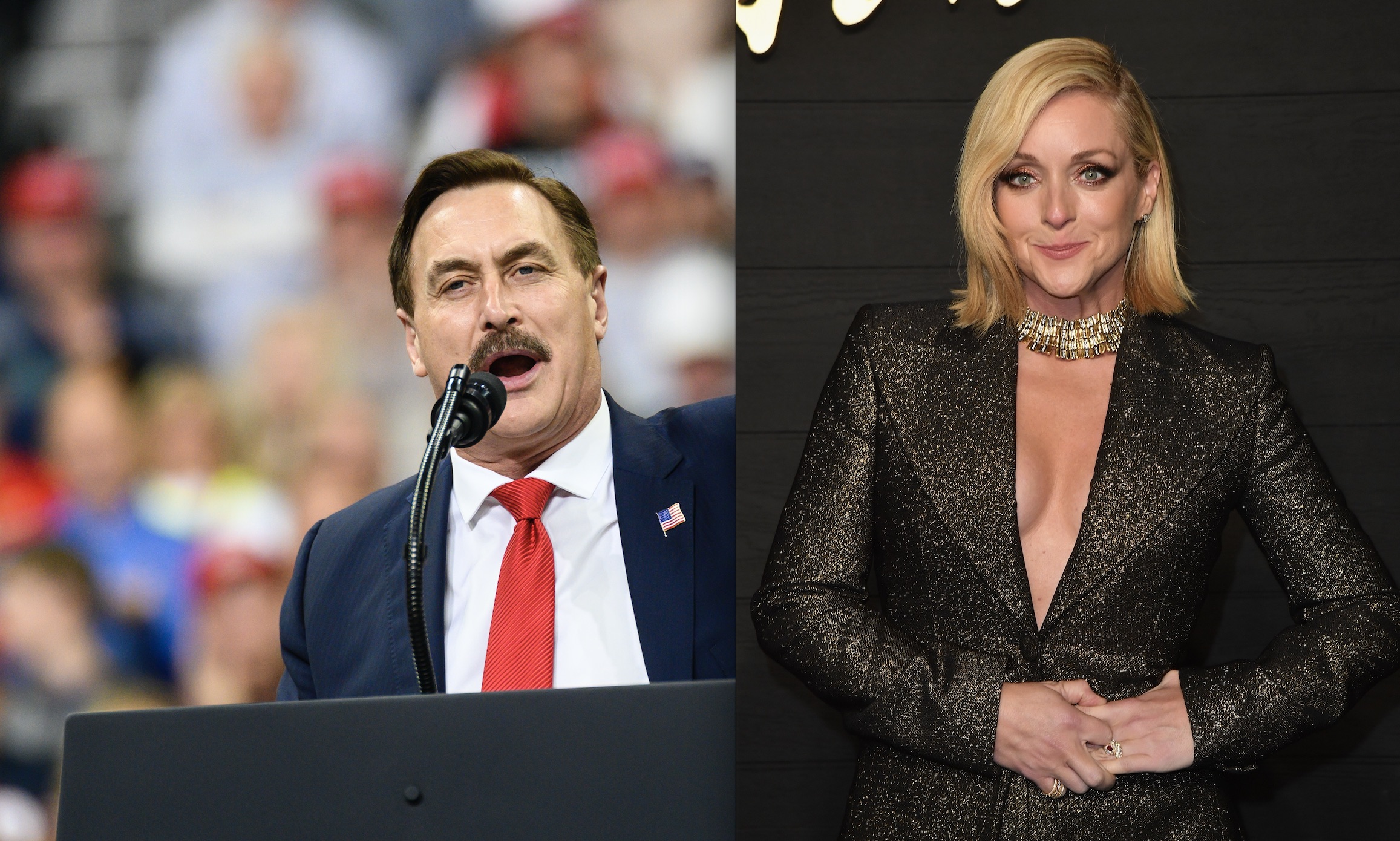 Lindell has had to take several blows this week, as he admitted big box stores, including Bed Bath & Beyond, Kohl’s, and Wayfair, have dropped his line, and that Dominion Voting Systems has threatened legal action due to his false election fraud claims.

His biggest loss of all, however, could be a personal one, as he was reportedly dumped by Krakowski last summer at the actress’ home in the Hamptons.

“It surprised many of Jane’s friends because she’s such an icon in the gay community, but here she is dating one of Trump’s biggest business backers,” a close source told the Daily Mail. “I mean he was seen in the West Wing and at Trump rallies and he is probably responsible for half of the revenue of Fox News.”

The relationship certainly was a shock, as Lindell has positioned himself as Trump’s close ally and unwavering champion, while Krakowski is a vocal Democrat and a “bonafide gay icon.”

“He sent flowers to her almost every week and champagne and bottles of different liquor,” they told the Daily Mail. “She said she had known him for about eight years and that they had been friends but then they started a relationship about a year ago. “I don’t know exactly what she saw in him but she seemed happy and thought he was a good man.”

“They would fight and Jane would throw all of the gifts that he had given her away,” another source revealed of the tumultuous relationship. “Then they would make up and there would be more gifts again.”

Krakowski even allegedly told a friend that Lindell was a fantastic role model to her son.

But things weren’t all champagne and gifts, as Krakowski allegedly told one friend “she didn’t like the way he treated women sometimes,” adding, “Maybe if they’d stayed together he would’ve focused on Jane rather than trying to question the outcome of the election and advise President Trump on martial law.”

Despite the rumors, or perhaps due to a particularly messy breakup, both Lindell and Krakowski denied ever even meeting each other when asked about the relationship.

“I’ve never met the man,” Krakowski told the Daily Mail, while Lindell said, “I have never even heard of Jane Krakowski???”

Too weird to be true? Mediaite’s Colby Hall has his own theory:

This honestly feels more like an elaborate prank pulled by Krakowski’s pals that the Daily Mail got duped by. https://t.co/aNnqf5Lgsl