Why is #BatmanDay Trending on Social Media?

Why is #Batmanday a #1 Trend on Twitter? Because it’s Batman Day, My Inquisitive Friend 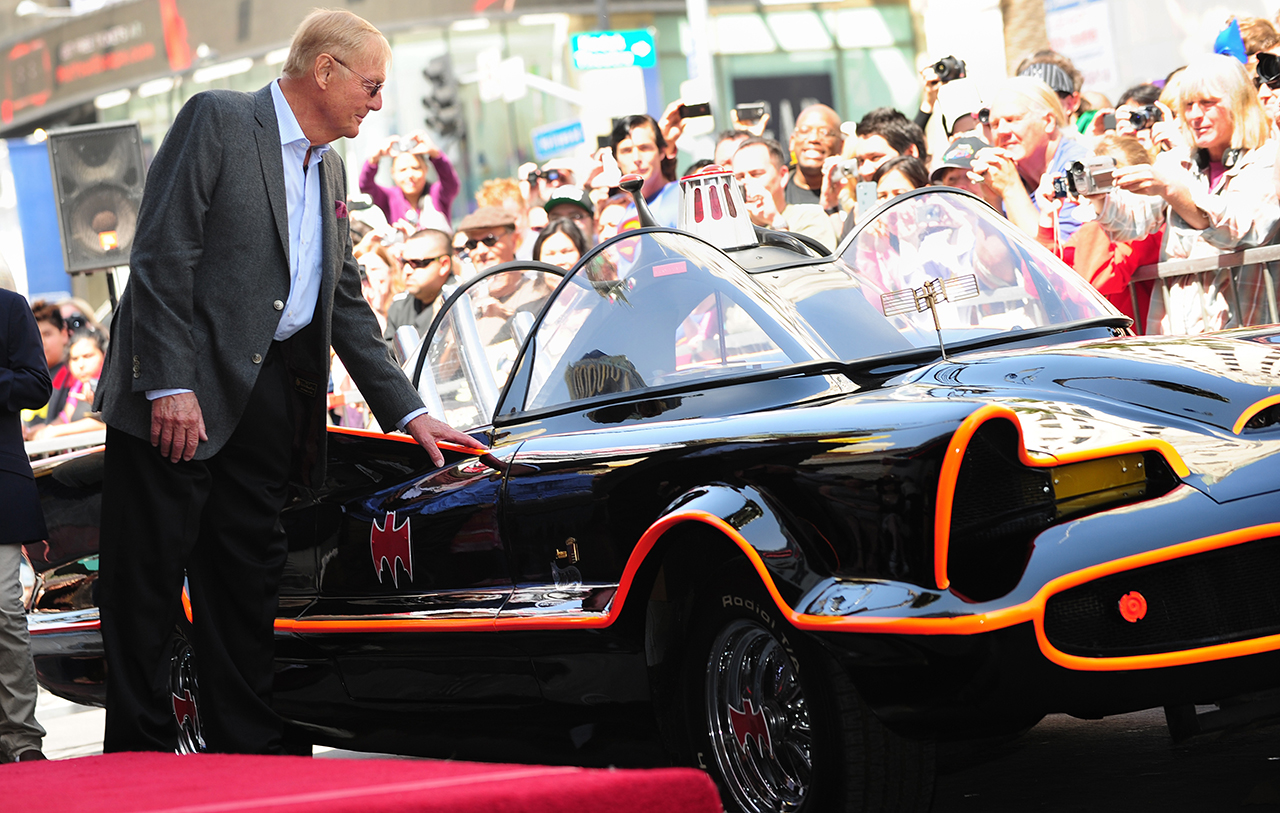 Adam West touches the Batmobile at the event for placing his star on the Hollywood Walk of Fame in 2012. Photo by Frederic J. Brown/AFP, Getty Images

One of Saturday’s hottest trending topics, complete with a custom emoji, has been the hashtag #BatmanDay

. Fans as well as official DC Comics accounts, and writers and artists involved with the iconic comic legend have been sharing images, videos, quotes and more.

But why today? What makes today Batman Day?

The website Comic Book Resources (CBR) explained in detail last year why it’s a day, and why the date has changed over time. The bottom line is that it was created as a promotional thing, of course, by DC Comics, and people really liked it. It was embraced, after the date was finally settled upon, and here we are, reading awesome Batman Tweets all day. Which you can see a sample of below.

The first official Batman Day occurred on July 23, 2014, coinciding with the revelry of Comic-Con International in San Diego. Although it was two months shy of the same day, the event commemorated the 75th anniversary of the character’s debut. It offered Batman merchandise and paraphernalia at participating retailers, including four masks designed by artist Ryan Sook. These represented different eras for the character, from his first appearance to the modern design.

That event coincided with New Comic Book Day, and several titles and issues launched. DC took that year’s event and expanded it through the weekend. The next year, on September 26, they did another big promotional event, and comic book stores took part, featuring artists and writers, doing giveaways and more.

With social media, it became a thing.

“The day would become an annual event from there on out, sticking with its September time frame,” writes CBR. “The exact date, however, would not remain set in stone.”

That’s how it started. But why this particular day this year?

Because today is Adam West‘s birthday, of course, citizen. He would have been 92 years old. If there’s any better reason in the world for Batman Day than that, I can’t imagine what it would be. 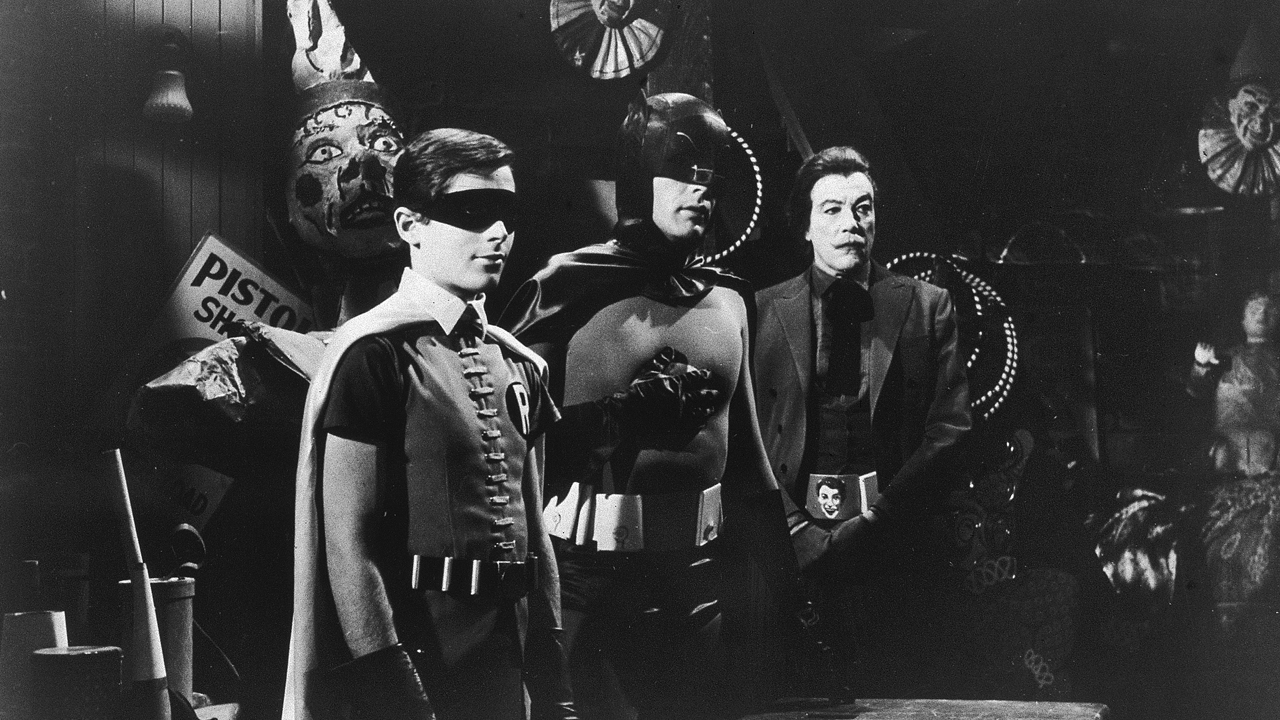 For countless fans across multiple generations, #AdamWest *was* #Batman. So fitting, then, that we should celebrate #BatmanDay on his birthday.

So please enjoy these tweets, my fine feathered friends. It is the duty of every good citizen of Gotham City.

Batman is all of us… he is our rage at injustice… he stands alone, as we all wish we could, in the face of a corrupt system which wishes to oppress and exploit… he is that broken child, searching the dark alleys of the human soul to bring balance to the world. #BatmanDay pic.twitter.com/X20jolqqtZ

Today we celebrate #BatmanDay. Thank you to everyone who has answered the call of the Bat-Signal over the years. What has been your most memorable Arkham Moment? pic.twitter.com/mq4rKURMt7

Happy #BatmanDay !
Here’s one of my favorite recent scenes from our #SuicideSquad.
A puppy. A pardon. #Batman . Deadshot. Child endangerment. And an Uber.
Art by @Bruno_Redondo_F and @fxstudiocolor. @DCComics @DCBatman pic.twitter.com/CR7GJKlCuZ

Some people tied it to their political efforts or campaigns, of course. But in honor of Batman we did NOT include those tweets here.

Oh, the dogs? We found that photo while researching this article. It was just way too good to not use.

Here’s the full size, with caption. 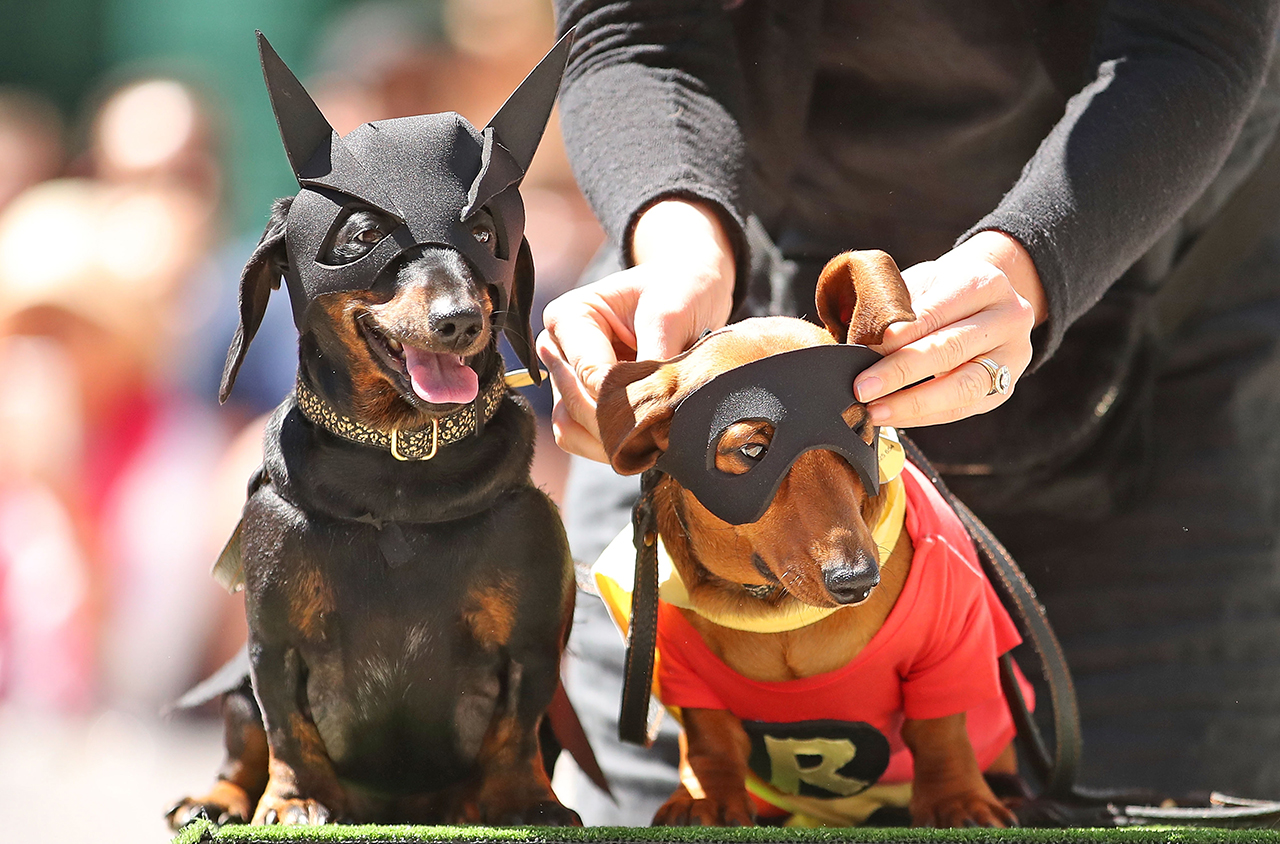 Now go be a crusader in your own community, friends. Capes out, Cowls on!