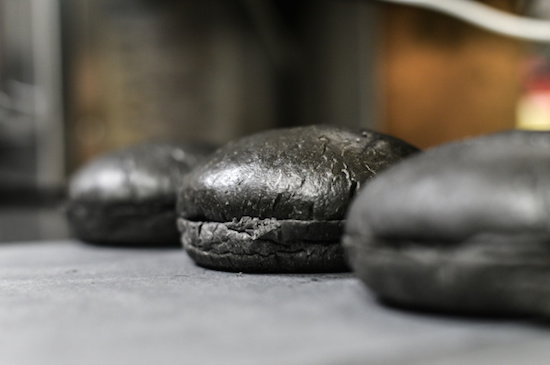 ‘Tis the season to be predicting all the sh*t you’ll be eating next year. And if we’re to believe everything the food media writes about, then we’ll be gobbling up all the bone broth, veggie fro-yo, and black burgers we could ever imagine!

Thanks to industry and interest groups, like the Nation’s Restaurant News, and their predictions, everyone is quick to declare kale and gluten-free foods to be dead and bug-laden protein bars the next new thing. Fine and good. But some of this sh*t you just sort of have to laugh at. After all, everyone predicted that 2014 would be the year of “invasive species” on our plate, like horse meat and porgy, and that didn’t happen. This was also the year that the food truck died (or not), cupcakes died (maybe?), and the Cronut turned one years old and became so passé (so we think?).

So, should we really believe anything that the food media claims to be in or out in the coming year? Probably not. But hey, here’s what we’ll *not* be eating in the next year.

… “‘Sugar is evil right now. People in America are suffering from diabetes and other chronic health problems. Consequently there are groups of consumers looking for more natural sweeteners with a low glycemic index.’ Coconut sugar comes from the liquid sap of the blossom of the coconut palm, and it is collected and boiled until most of the water has evaporated, just like maple syrup.”

MMMK. We are no health or nutrition expert, but this sounds like just another ploy to eat buckets of sugar that’s been touted as healthy. Remember when everyone thought evaporated cane sugar was like, sooooo much better for you? Like, how dare you doubt the benefits of evaporated cane sugar? Uh, yeah. Sugar is sugar, even if it has a low glycemic index. Doesn’t always mean that what you’re ingesting should be ingested on the reg.

2. Liquid nitrogen in our drinks (via Nation’s Restaurant News):

“Freeman sees this as the next big thing in coffee. Flash-brewed iced coffee is placed under liquid nitrogen, resulting in a rich and creamy mouthfeel that evokes Guinness.”

Don’t we kind of remember what happened with liquid nitrogen the last time? Sure, let’s put this in the hand of general consumers! Just leave that sh*t to Alton Brown.

“Companies are endlessly trying to appeal to Millennials, jockeying for the attention of the social media savvy generation. Soon, they’ll have a new concern: grabbing the attention of Generation Z. As younger teens are finally beginning to make their own decisions about where they go out to eat, restaurants will have to start trying to appeal to a new kind of customer in 2015. That means high-tech service, louder music, moving visuals and heightened experiences. In other words, it’ll be enough for Millennials to be yelling at the kids to get off their lawns… and out of their restaurants.”

Actually, maybe this is a trend we would like: just corner all the phone-obsessed youths in one restaurant and we will be wherever that restaurant is not. We will gladly give them spaces outside of normal functioning society so we don’t have to deal with One Direction or Vine or whatever the kidz are talking about these days. OR, how about we demand a little better from today’s youth and adapt to a place that’s low-tech, quiet, and uh, whatever the opposite is of “heightened experiences” — how about that? How about leaving the “heightened experiences” to be good food and conversation?

4. Or wait, maybe not so milennial restaurants? (via Chicago Tribune):

“Gen Z, chefs everyday: Those born after millennials, or starting in 1995, crave more flavors and variety than earlier generations yet also have a focus on simplicity and health. ‘If you look at their food values it’s almost like they’re going back to their grandparents’ day,’ said Lempert, pointing to their desire to dress up basic foods such as chicken and eggs.”

OK, that is slightly more doable for us. Carry on.

5. Ramen everything (via Fox News):

“Ramen has become a staple in a variety of dishes that in no way call for ramen. Ramen burgers, cream-filled ramen donuts, ramen pudding. If you can dream it, chances are someone else dreamed it up first and made it a viral YouTube sensation. While the trend of using ramen kicked into high gear last year with Keizo Shimamoto’s ramen buger, expect other over-the-top ideas to be the norm.”

NO MORE. LEAVE RAMEN OUT OF THIS. Just make some tasty ramen into its intended purpose and stop making it into things! Hybrids are over, guys, get over it.

6. “Sipping broth” (via the Fiscal Times)

“Sipping broth seems like an easy way to meet Americans’ demand for more protein in their diet. Brands like Pacific Foods are taking notes and making it easier for health enthusiasts to access the drink, which can take up to 24 hours to make. The first take-out window devoted to shippable bone broth also recently opened in New York City, so you can now chat with your best friends around a cup of broth.”

Uh, yep. We should get on board with this broth trend, right? Even though no friend ever says to us, “let’s grab a cup of broth and catch up!” Not a thing.

7. Kalettes (via the Fiscal Times):

“It took Tozer Seeds, a British vegetable company, 15 years to create the new vegetable, which is a hybrid of kale and brussel sprouts and was first available in U.S. supermarkets in the fall of 2014. Kale’s popularity in the last few years has helped kalettes tremendously. “In the U.K., kale has always been sheep food,” David Rogers, the company’s sales director told Modern Farmer earlier this year.”

Let kale have its heyday and be on its way, alright? No need to bring brussell sprouts into it.

“Forget cronuts and negronis. Forget quinoa and kale. Short of putting food into our mouths, technology is upending the way dining out works. Electronic wizardry once hummed quietly in the background … but now we’re immersed in ‘front-facing technology’ or guest-facing technology’: all sorts of devices and programs that interface directly with the consumer. More restaurant companies experiment with tablets … letting guests order food and drink from their tables; play games while they’re waiting; then pay with smartphones … meeting a waiter when an order is delivered, or when it’s time for a refill from the bar, or for upselling desserts. Tables turn faster by eliminating downtime during which little happens and customers start fidgeting. Even that’s not efficient enough: Skip the tablet and let people reserve a table and preorder dinner from a mobile device that also tracks how long it’ll take to get to a restaurant … and then clues the host and the kitchen to prepare for liftoff. Think of a chef’s joy in knowing that 20 minutes hence a party of six will want three ravioli orders (one gluten-free, one high-fiber), two orders of calamari (one fried, one grilled) and one plate of locally sourced root vegetables.”

This just sounds like a miserable dining experience. Do we need tablets and sh*t in front of our faces every godd*mn second?

“It doesn’t matter if you’ve been bad or good — you may be getting coal this year, at least according to Sterling-Rice Group. Food manufacturers will continue to experiment with using activated charcoal to rub on grilled meats to decrease cooking time and in drinks designed for cleanses. (You might have heard that activated charcoal can detoxify your gut too, but registered dietitian Keri Gans, MS, says that’s basically BS.) Look out for black breads too, a la Burger King’s black bun burgers made with bamboo wood fire and squid ink in Japan.”

We saw how those turned out, and we think we’ll pass.

“Old-school, fruit-flavored yogurts will seem very vanilla when you see the stuff that’s coming soon to store shelves: Yogurt flavored with beets, tomatoes, and butternut squash, and plain yogurt served with savory toppings like olive oil and mint. Look out for vegetable-flavored ice cream too, which has already made its mark at Häagen-Dazs in Japan and will likely make its way overseas soon.”

The only person allowed to make this acceptable is Dan Barber, as he is the only person we could trust to sell us a tasty savory yogurt. And why does it need to be frozen?!