According To The Bourdains: In the 80s, Chefs Loved Sensory Deprivation Tanks Like They Loved Cocaine

According To The Bourdains: In the 80s, Chefs Loved Sensory Deprivation Tanks Like They Loved Cocaine 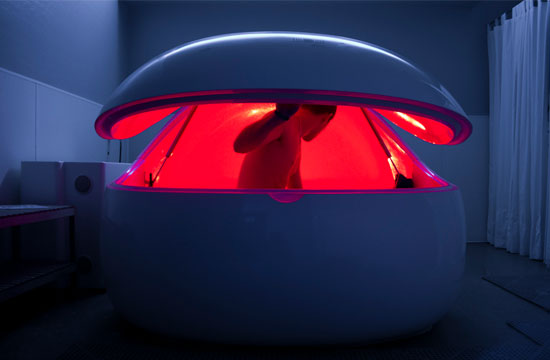 Any reader of Kitchen Confidential will automatically remember this one key fact about being a chef in the 80’s: everyone used drugs. Lots of drugs. Heck, had Anthony Bourdain been a writer and a chef in the 80s, he’d probably have done a mountain of cocaine with Bret Easton Ellis, Rielle Hunter would have destroyed him, and that would have been the end of that.

Thankfully, that didn’t happen, because 25-odd years later, Bourdain’s wife has Ottavia written an article in VICE about her experience with sensory deprivation tanks. As an MMA fighter, she hoped it would cure her insomnia. As the wife of an acerbic journalist, she thought she’d be mocked.

But apparently, part of Bourdain’s culinary life involved some Patrick Bateman-esque sensory deprivation tanks — not just for relaxation, but also for inspiration:

“Back in the late 80s my kitchen crew and I used to float all the time,” he told me. “There used to be lots of 24-hour sensory deprivation centers and we’d generally go after work, when we were bone tired but still flying on adrenaline if not other, less … natural shit. An hour in the tank and I’d come out relaxed, rested, my back feeling amazing, and in good shape to interact with normal, non-restaurant people. Interestingly, I found that for a day or two after floating, my experience of colors and flavors would be much more acute and intense. Reds were redder, blues brighter, and the taste of food more explosive. Lying in the tank, I’d feel like I was moving through space, my brain speaking to itself in an unfamiliar language. I miss the tanks. Let’s get one. Right after the Japanese toilet I want.”

Ottavia obviously hase a very different and unique take on sensory deprivation tanks, given that she spends her days beating men up instead of cooking/commenting on the meaningless materialism of the 1980s, but one thing’s for sure: get the Japanese toilet. Seriously. It’s so amazing. Especially the ones with the temperature-controlled water jets.