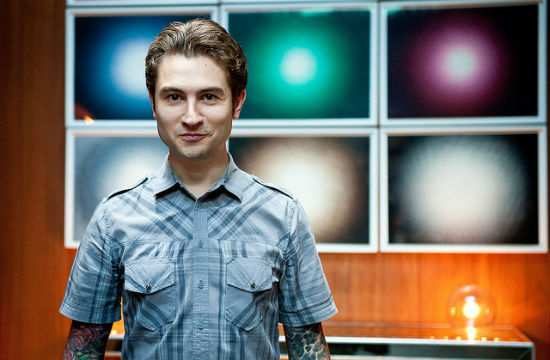 What would make normally chill, thoughtful, and articulate Alex Stupak lash out in such a manner? Baked vegan doughnuts, that’s what. So, in other words, if Alex Stupak had actually cannibalized any vegans, there’s not a jury in the world that would have convicted him.

What's wrong with this society?

And then the world’s vegan sympathizers descended to shame him for his anti-vegan sentiments. That went over well.

Anyone tweeting pro vegan donut comments at me is blocked and I wish nothing but malevolence for them and everything they care about.

And then things got heated.

And to anyone who feels like commenting adversely toward anything I said…. In advance, fuck off. I will cook you and eat you masterfully.

And then things got snarky.

So for the record my experiment is complete. Tweeting divisive things gains way more followers than tweeting anything PC!

And then, much like Geraldo Rivera’s naked bathroom selfie, the wife stepped in.

My better half, @LaurenResler has just scolded me for my latest tweets. I've been grounded from twitter for a week. Sorry. I'm a bad person.

Truce, guys? Since, you know, no one got eaten or anything?