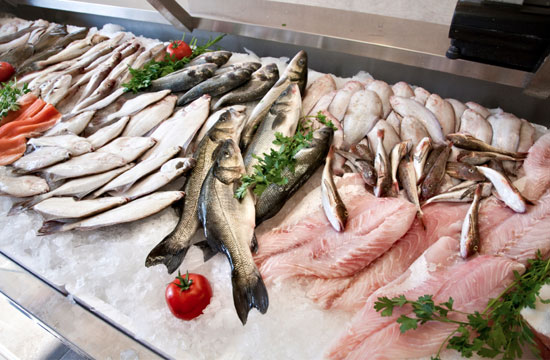 Quick, what’s worse: eating horse meat in your burgers, or discovering that your halibut was really mercury-laden tilefish? Unfortunately, according to a new study printed in today’s New York Times, mislabeled food isn’t just a European problem anymore: at least one in five fish products aren’t actually the fish they purport to be, and that’s not even counting mislabeled sushi.

Oceana, a nonprofit ocean protection group, performed DNA testing on fish bought in restaurants, grocery stores, and sushi bars from 12 different regions of the country, and their answers will make you want to go back in time to the last time you ate fish, and vomit:

In the 120 samples labeled red snapper and bought for testing nationwide, for example, 28 different species of fish were found, including 17 that were not even in the snapper family, according to the study, which was released Thursday… Over all, the study found that about one-third of the 1,215 fish samples bought, from 2010 to 2012, were mislabeled.

South Carolina might not even be eating fish that they’ve heard of, seeing as 52% of all the fish purchased in the study was not what it claimed to be. The safest cities, Seattle and Boston, still had a 20% deception rate. And unlike the consumption of horse meat, which will not turn you into a centaur, eating mislabeled fish can be potentially dangerous: tilefish, a fish known for its dangerously high mercury content, was found labeled as “red snapper” and “halibut.”

Even in instances where the fish was unlikely to kill you, it still could potentially be an unpleasant experience: who really wants to eat fish known as “slimehead” and “Patagonian toothfish”? (Is it any more appetizing if it’s called “orange roughy” or “Chilean sea bass”? No? We just ruined it forever, didn’t we? You’re welcome, environmental activists.)