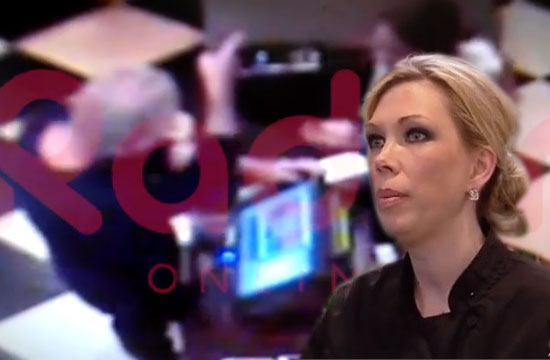 We’re becoming slightly worried (just so slightly) about the tenuous grasp that Amy and Samy Bouzaglo have on reality. We mean, we made jokes about it before, but this latest incident, courtesy of the International Business Times makes us feel…concerned.

A week after Amy’s Baking Company’s now infamous Kitchen Nightmares episode, a former waitress who appeared on the show, Miranda (last name unknown) told Mathew Baldes of Mix 96.9 about an incident where Samy tried to steal a tip a customer had discreetly given her:

“So I was taking them [tips], of course, because legally that’s my money, and he [Samy] accused me of taking it, stealing his money, that’s what he said to me. He came to me like in my face, yelling at me, ‘Give me my money, give me my money!'”

“And I just looked at him in anger and told him, ‘It’s not your money.’ I yelled at him and screamed at him,” she told the station. “It was five dollars. Five dollars and he made a huge scene about it like it’s the end of the world. So I threw it at him and I walked out. And that’s the end of it.”

Amy, of course, was inclined to politely disagree with her former employee’s accounts, and brought the below video to RadarOnline to prove her side. Though there’s no audio, Amy clearly has her own ideas of what’s going on:

We would like to remind the Bouzaglos that it’s illegal to confiscate their employees’ tips, but seriously? Are they dealing in facts at all at this point?