And The Worst Bar Of The Year Goes To … 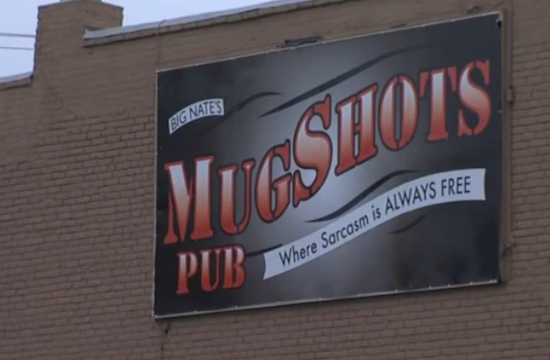 It’s Mug Shots, in St. Joseph, Mo., where the owner decided that the most brilliant marketing tactic to get people to buy Fireball or whatever horsesh*t cinnamon-flavored liquor they wanted to sell was to make it the “Michael Brown” special.

You read that right: six shots for $10, in reference to how many times Brown was shot in Ferguson, Mo. (in case you live under a rock.). Unshockingly, the public is furious; unshockingly, the bar stopped selling the shot special; unshockingly, the bar’s owner is now apologizing profusely. Unsurprisingly as well, the d-bag owner didn’t want to be identified by local media to protect his family, a fact he should have thought of perhaps before selling the shot special and making light of a tragedy turned national shock.

The best part is his defense: Hey, other area bars were doing it too! “It looked like it was getting a good response so I just decided to use it here,” the owner said to FOX4KC. “That’s what bar owners do if they find something works at another bar they try to use it at their bar.” As our mothers always told us, if one person goes to jump off a cliff, the rest shouldn’t follow.

Now the shot special is called “The Owner of Mug Shots is an Asshole Shot Special,” according to FOX4KC. That seems more appropriate. What a busy week, already the worst bar of the year and the worst restaurant customer of the year! Let’s see how the rest of the year shapes up apocalyptically for chefs and restaurants, why don’t we.