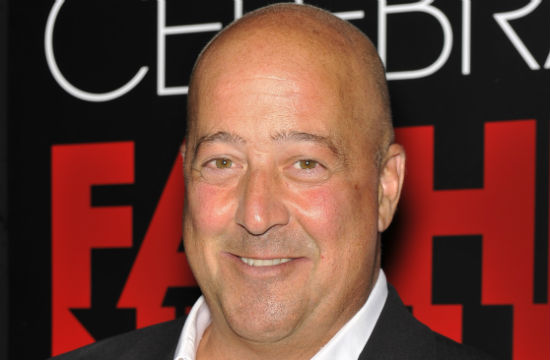 Before he was a TV guy, Zimmern was a serious cook. He worked in kitchens for years, but his obsession with- you guessed it- bizarre foods led him to think he might be good for television. Network executives didn’t bite at first, but once he changed his pitch to “Fat white Jew goes around world, eats bugs,” their interest was piqued. Over the years, he’s been able to “make the show [he] wanted to make, which is an entertainment show, but one that has a very very serious message.” He wants to tell stories about culture through food, “the point of which is to get people to stop practicing contempt prior to investigation in their lives.”

They were talking about culture and social media when Rappaport switched gears to Prince, and where Zimmern, a fellow Minnesotan was when he died. That’s when he dropped that he wants to run for office, and also that he’s “had his nights at Paisley Park.” He, like everyone else, described the legendary musician as an amazing community member and a vegetarian who sometimes didn’t eat at all (he maintained a liquid diet a lot of the time). One night in particular, around twelve years ago, “there were maybe 100 people in the room and he just played for two hours, just because he wanted to.”

Here are three things we learned in a lightning round:

1. He prefers testicles to eyeballs, particularly poultry testicles, though he does enjoy tuna eyeballs.

3. He loves placenta, and thinks that if more people tried it, they would really like it.