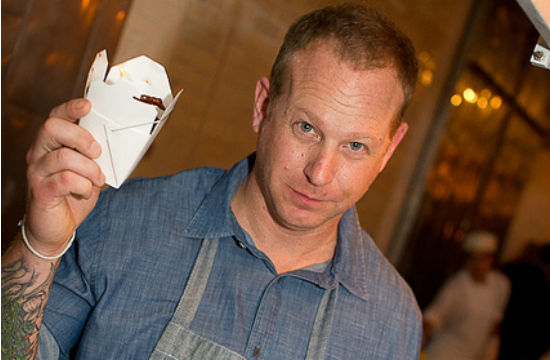 …You snobby pricks. Just kidding! Actually, Pok Pok kingpin Andy Ricker just wants you to think logically about how gastroenteritis is contracted. Don’t dismiss all the tasty street food in strange and foreign lands just because you’re afraid you might get sick. Without his adventurous eating, after all, New Yorkers and Portlandians alike would be without the distinct privilege of knowing what real, authentic Pad Thai tastes like.

His main tip, when traveling and wanting to try out local fare, is to stick to places where there are more locals than tourists, and to look for places that stay busy. “When a spot is busy, the food doesn’t sit around as much,” he told Fodor’s.

Also, though, don’t be a paranoid jerk about local street food. Everybody hates those tourists anyway. Be an adventurous, smart traveler. Ricker says it’s just as easy to get sick from eating in sit-down establishments as it is to contract a nasty stomach bug from street food:

“…There is no way to tell how you got food poisoning unless you don’t eat anything for 24 hours and then eat something and then don’t eat anything for another 24 hours and then get a test. Because you can get gastroenteritis (or whatever) by touching something and then touching your upper lip without even knowing about it…and then you blame whatever you ate earlier that day. But you really don’t know. I believe that it is probable that I have gotten as sick from eating in a hotel as I have from eating in the street.”

Try to aim for a neighborhood you normally would never go to as a tourist, order from where all the locals who don’t speak English are ordering from, and order something off the non-English menu that you can’t understand. Travel tips from Andy Ricker, ladies and gentlemen.