Anthony Bourdain Weighs In On Toronto 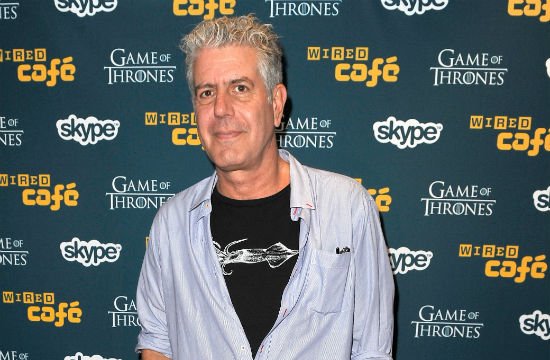 Before the denizens of Toronto lash out at Anthony Bourdain for making fun of their city for its less-than-fair appearance, know this: he’s got your backs. Tony recently stopped by the Ontario capital, shooting one of the last few episodes of The Layover before hanging up his Travel Channel safari hat and making the move to CNN — and he found Toronto’s ugliness to be among its endearing qualities.

“I’m intrigued by the fact that this is not a good-looking city…your English-Presbyterian past has not served you well architecturally,” he told The Globe and Mail. “It’s not a place that looks anywhere near as cool as it really is.”

Plus, the diversity and specialization of Toronto’s restaurants have Anthony enamored with, of all things, hipster Canadian disco fries? He explains, “I like the niche mentality here, that you’d have a place dedicated to porchetta or hipster poutine or a truly great tostada, I always like to see that.”

Pardon us, but when is poutine NOT hipster? [Canadian Ed note: When it’s in Canada!] No matter, because, okay, okay, the best part of Ontario’s capital, hands down? No Celine fans!

“Celine Dion is not popular here, which I think speaks well of the city,” Anthony acknowledges. “I’ve met many people here who are proud to say they are not fans — I couldn’t find anyone who would say that in Montreal.”

As long as Billy Joel fans north of the border keep their heads down, Anthony should leave the city with glowing reviews.

[The Globe and Mail]