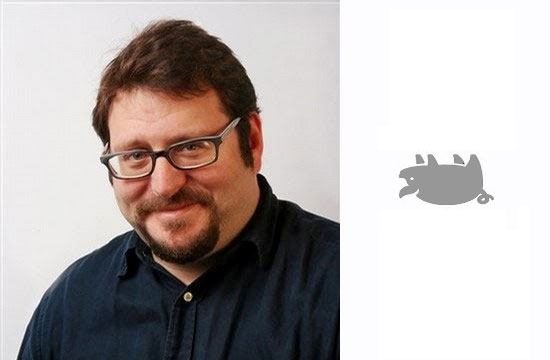 Josh Ozersky spent years writing for Esquire Magazine’s Eat Like a Man food blog without much complaint from us before launching a Q&A column dubbed “Ask Eat Like a Man” last March. All of a sudden, for reasons we couldn’t quite puzzle out, Josh seemed unable to get through a whole advisement sesh without cracking a joke at the expense of women.

In the spirit of checks and balances, to celebrate this column we love to hate, we introduced “Ask Eat Like A Man Feminist Power Rankings,” in which we weigh Josh’s James Beard Award-winning, witty and thoughtful insights about food against his inexplicable drive to gender food consumption, often with an anti-lady bent, in spite of his publisher’s mission statement. For more info, read our inaugural Feminist Power Rankings post.

Remember how, when we devised our Feminist Power Rankings for Josh Ozersky’s Eat Like A Man Q&A column, we decided that there would be no circumstances under which he could earn Zero Porks on our 1-5 Pork Scale? We lied. But this week’s installment of “Ask Eat Like a Man” is so blatantly absurd, that we have to assume he was fishing for blowback. It’s so ridiculous, in fact, that if we applied our fair and thoughtfully constructed Feminist Power Rankings to it, we’d come off looking like humorless asshats. Nice try, Josh. No porks for you.

Thus, instead of weighing this week’s column, we’re just going to throw up its brilliantly straightforward example of precisely how and why gendering foods is offensive/meaningless, and keep it as a reference point when we want to point out how inane this practice is in the future. (It happens a lot.)

The Q&A opened with someone posing the query on all of our minds: “How do you ‘eat like a man’?” How indeed, Joshua? His answer:

From The Life of Samuel Johnson, by James Boswell:

“When at table, he was totally absorbed in the business of the moment; his looks seemed riveted to his plate; nor would he, unless when in very high company, say one word, or even pay the least attention to what was said by others, till he had satisfied his appetite, which was so fierce, and indulged with such intenseness, that while in the act of eating, the veins of his forehead swelled, and generally a strong perspiration was visible.”

Next: “Is there anything a man doesn’t eat?”

Yes. The list is a long one. Wraps. Macarons. Soy milk, other than for the lactose intolerant. Chicken sausage. Cronuts. Cottage cheese. Roasts with ruffles on the end. Applewood smoked bacon. Brunch.

Put down that cronut, Jimmy Fallon, or risk losing your man-card. Low-carb wrap-lunchers: your wife is probably on the verge of leaving you. That is, IF YOU EVEN HAVE A WIFE. And finally, nothing screams “virgin” like bro-brunching. Bro-nch: it’s what’s for virgins.

We have no porks left to give.

You can read all of this week’s “Ask Eat Like a Man” here. Bonus: there’s a satisfying castration of men who opt to eat gluten-free included that we were too frustrated to even bring up, if that’s your cup of tea.