Biographer Recounts His Time In Italy As Julia Child's Escort

Biographer Recounts His Time In Italy As Julia Child’s Escort 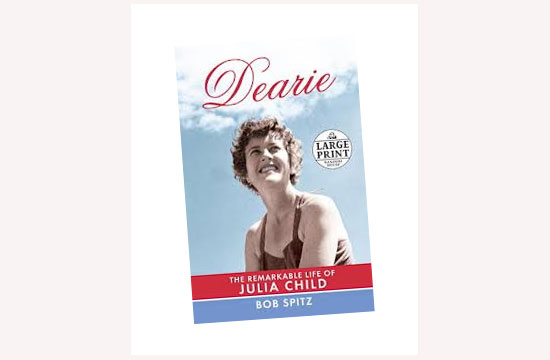 Beatles biographer Bob Spitz is one lucky, lucky writer: not only did he meet Julia Child, the subject of his newest biography, but he became very good friends with her after he was asked to escort the then-82-year-old cook on a tour of Italy for an entire month.

(He was pretty close to missing out on this opportunity, though: initially, he thought that he was literally being asked to be an, ahem, escort. “I said, ‘I don’t do that kind of work,'” he recalled to the Times-Picayune. “And they said, ‘It’s Julia Child.’ I said, ‘I’ll be right over.'”)

His book, Dearie: The Remarkable Life of Julia Child, came as a result of their friendship, and from their month-long tour eating around Italy and terrorizing Italian chefs: she would “march [into a restaurant kitchen,] lean over the stove, and to the horror of the chef, would dip her fingers into the pot and lick her fingers.”

And, remarkably, Julia left Italy unimpressed by the food’s simplicity:

Child would turn to him and say, in English, “‘Boy, this isn’t very good, is it?’ or ‘It’s just red sauce. It’s just onions and garlic and olive oil and tomatoes.’

“Julia never understood Italian cooking and the allure of it. She had studied all the Escoffier sauces. Those, she thought, were works of art. In Italy, a red pasta sauce never fascinated Julia at all. She thought it was boring.”

The book’s release coincides with the centennial of Julia’s birthday on August 15th, and we’re excited to read it, simply because Spitz had the equivalent of Doris Kearns Goodwin hanging out with Abraham Lincoln for a month.