Twitter Catfight: Anthony Bourdain and Other Chefs Challenged by @ChefsforSeals 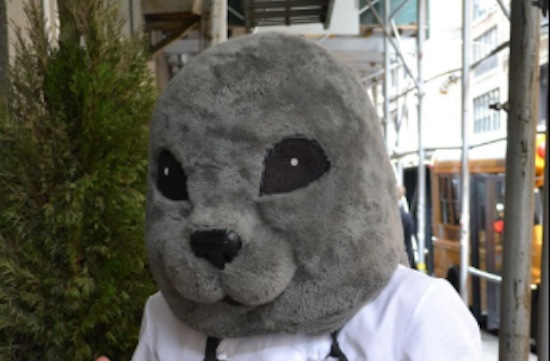 Now who could be mad at that adorable face? A lot of people, apparently.

The fight over the controversial practice of seal hunting has only gotten more angry and convoluted by both sides — and you know, airing out grievances and establishing personal stances on Twitter isn’t always such a good idea.

The Twitter cat fight between numerous chefs and @ChefsforSeals started innocuously enough. Writer Michael Ruhlman was asked about his stance on the recent Humane Society petition signed by fellow chefs to boycott Canadian seafood until seal hunting is outlawed.

yes, hate to say it but @Bourdain is on the money with comments on canada boycott @joebeef @jonlagrow @keysley

We may be able to help you, @ruhlman! No need to say things you hate saying. Check out: http://t.co/rXCyN6QnnC. @Eater @HumaneSociety

And then the real sucker punch came via Ruhlman:

@ChefsForSeals I'm in the car with @Bourdain now. You have a question? Chefs TOLD me you were hurting them

Others jumped in on the fight:

@ChefsForSeals @Bourdain @ruhlman That is besides the point. You are targeting uninvolved fishermen using uninformed chefs.

And so did José Andrés, who tried to shut that thing down in the most polite, civil way possible.

@keysley @Bourdain @ChefsForSeals @ruhlman nobody is more informed and pragmatic than Tony. Solutions to issues through real facts…

@ChefsforSeals continued to defend themselves:

Finally, Bourdain jumped in on the conversation – and that’s when shit started getting nasty:

Pls stop, @Bourdain. We've answered this question, but you have yet to answer: do you support Nfld's fur skin only seal slaughter?

@ChefsForSeals I support hard working people who live far from where you live, doing the best they can to get by.

While Ruhlman called on other chefs to take up their stance, like Michael Symon, other chefs, like Matt McDonald, Montreal’s David MacMillan and Top Chef contestant David Chaz also hopped in the argument. It’s safe to say things got heated on both sides:

Hey @chefsymon are you in or are you out? @ChefsForSeals @Bourdain

@ruhlman @chefsymon @ChefsForSeals @Bourdain ? It says something that you have half less followers than you did 2 weeks ago , says ZEALOT..

We could go on, and on, and on with the number of Tweets spewing out over this debate. So finally, Bourdain issued the final ultimatum:

How many chefs are actually “with” @Chefsforseals ? Please itemize.

So um, yeah. In the words of Anchorman, that escalated quickly.

We won’t determine who the real winner of this Tweet-fight is, but we will say that we think Marc Vetri is the winner of life for his stance on it all:

@joebeef @ruhlman @chefsymon @ChefsForSeals @Bourdain
I'm for Seal,I think it's awful that Heidi Klum left him for that bodyguard! #lame