Brooklyn Bar Bans Children Because They Impede Hookup Mojo…Or Something 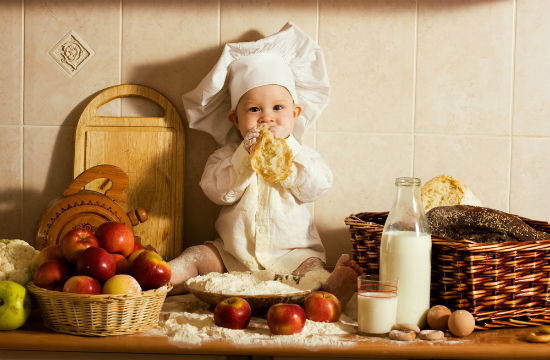 Hotbird in Clinton Hill is apparently THE makeout spot in Brooklyn, or so we are lead to believe from this quote in the New York Post regarding its recent banning of children:

“Kids shouldn’t be running around where people are trying to drink and hook up.”

In response, the owner released a statement about how banning kids from the bar “doesn’t reflect [his] decision as an owner” which…what? But…you’re the owner…

His otherwise well-reasoned statement can be read in its entirety below.

“The New York Post story about Hot Bird banning kids from the bar doesn’t reflect my decision as an owner. We were not swamped by families, and never said they created a ruckus. The quote from the bartender (“There was a time when there were too many people bringing small children here,” one bartender said. “It became an issue. So we put up the sign.”) also doesn’t reflect my decision, which by the way was taken and posted at the beginning of last summer, not last week as is been reported.Ultimately, a lot of comments are from people who simply use harsh words to describe parents who bring their kids to a bar. At my age, most of my friends are actually parents. The problem I find is that there is only a little minority of parents who have a sense of entitlement, and it’s been easier for us to ask everyone not to bring their children to the bar, rather than to get into occasionally uncomfortable confrontations with certain parents.

When children are left unattended, which happens constantly because parents treat Hot Bird like a playground, kids run around, play with balls sometimes, go up to patrons who smile because it’s a child but are in fact annoyed. I don’t see why I should allow this when I don’t allow this behavior from my older patrons.

We are legally liable for people injuring themselves at the bar. Unattended children fall, climb on stools, etc. The first year we were open, a dog bit a little girl. The dog owner fled, and all of a sudden the bartend was responsible for the dog bite and the girl petting the dog on her own. Where were the parents?

Some parents have a sense of entitlement when they come to the bar, like asking us to turn down the music because their 5 month old baby was trying to sleep. Again, something we wouldn’t do for anyone else.

We are a fairly busy place and my staff is there to serve drinks, not to watch over children and deal with unreasonable demands from the parents. It’s sometimes difficult to turn away responsible parents that we wished were welcome as customers, but it’s easier just to ask everyone not to come in with their kids, and avoid the headache of selecting who is well behaved and who is not.”

Are we the only ones sleepy five-month-olds do it for? Psh.