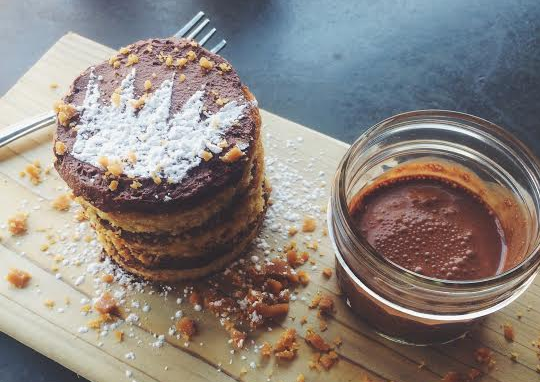 …it was the little things Biggie shared that invested me in the lives lived in his rhymes. “Born sinner, the opposite of a winner, remember when I used to eat sardines for dinner,” he rapped in his breakout hit “Juicy.” The scenes and characters he crafted were vivid and real.

But when I heard him rap about cookies in “Sky’s the Limit,” Biggie Smalls became to me something truly greater than a just a wit and storyteller:

Here comes respect:
His crew’s your crew, or they might be next
‘Look at they man eye! BIG, man, they’ll never try.’
So we rolled with ‘em, stole with ‘em.
I mean loyalty: n**gaz bought me milks at lunch.
The milks was chocolate; the cookies, buttercrunch.

He was bragging about being harder than you, tougher than you, even when he was a child in school. But he was still a child. He loved his chocolate milk. He remembers the flavor of his favorite cookies. The Notorious B.I.G., this spinner of murder rhymes and playboy fantasies, made himself vulnerable.

In tribute, the one day-only menu includes jerk marinated sardines, T-bone steaks, escargot, red wine and grape spritzers, and birthday cake topped malted chocolate frosting and and butter toffee crunch with a side of drinking chocolate.