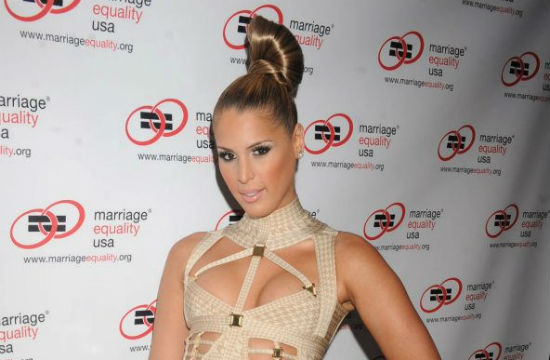 Well, folks, we’ve come full circle. Carmen Carrera made her voice heard, loud and clear, and TLC has agreed to pull Monday night’s Cake Boss episode, which is never to be seen or heard from again. In the episode, Buddy Valastro pulled a pretty crude and ignorant prank in which Carmen, a transgendered woman, was to flirt with Cousin Anthony before Buddy delivered the final punchline: “That’s a man, baby!”

Carmen was apparently amenable to pulling off the prank, but took to her Facebook in a rant against Buddy’s word choice.

After serious backlash from far and wide, both Buddy and Cousin Anthony issued apologies over various social media platforms (but, mind you, this was only after Anthony called Carmen “it” on Twitter). In addition to apologizing, Buddy also offered to bake Carmen an apology cake. Hot damn, do we wish we had an exclusive on what that cake looked like, but Carmen declined the gesture, saying:

“I don’t want a cake, I don’t want an apology. I want them to have some remorse for what they did and fix this. At the end of the day, I want to promote equality and end ignorance. Transgender people are dying because of stupidity like this. It is not OK.”

With any luck, now that TLC has pulled the episode (although it is under review to see if the offensive content can be edited out and the episode re-released), we’ve closed the chapter on this scandal. Buddy is sorry. Carmen is avenged. We still kind of wish something karmically appropriate would happen to Cousin Anthony, but we guess we’ll have to cut our losses.