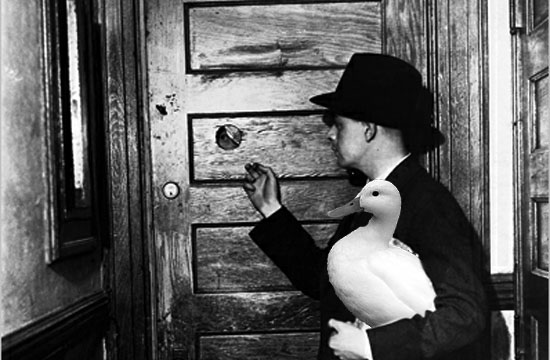 If you haven’t been following the foie gras debate in California over the upcoming ban of fatty goose livers, the New York Times has a long story that covers both sides of the debate: the chefs, superstars, and normals alike, lamenting that the bill is pointless; and the animal rights activists who are super angry that people like foie gras to begin with. But since the California legislative system is what could be termed a “clusterfuck,” it’s fairly unlikely that the ban will be repealed before July 1st.

So much like their brethren in Chicago before them, unnamed California chefs are thinking about ways to subvert the law:

Beyond the kitchen, there are other responses in the works, including whispers of culinary civil disobedience, in which restaurateurs would continue to serve the dish — and risk fines up to $1,000 per violation. Others have suggested that they could skirt the law by offering the foie gras free (with $20 glasses of wine).

There’s even talk in these mean streets of people bribing chefs to, y’know, get all our little duckies lined up in a row, see?

[Lawyer Terrence Stinnett and his wife] said the ban had already foiled their plans for Mr. Stinnett’s birthday in July: Ms. Stinnett said she had tried to bribe a local chef to set some foie gras aside, but no luck.

It’s highly unlikely that California will be able to enforce this law, but you never know where they’ll decide to appropriate their budget.