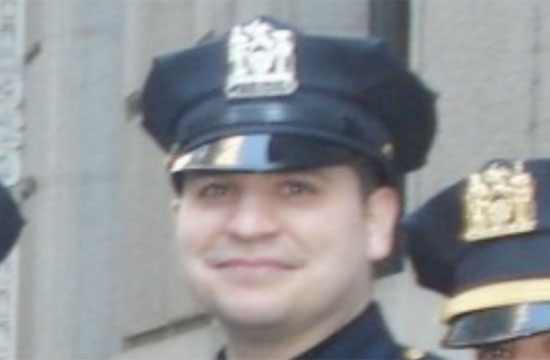 The Cannibal Cop, NYPD officer Gilberto Valle, was sentenced to life in prison today after being found guilty of conspiracy and illegally accessing a national crime database, in spite of an “iron-clad” defense. He was simply fantasizing about kidnapping and cannibalizing over 100 specific women he had picked out and stalked using the NYPD database. He wasn’t actually going to do anything about it.

While the judicial system may have thought better of his intentions, there’s been an interesting outcry among online commenters. Specifically on Gawker’s comments section, readers are aghast that people can be punished for such “thought crimes” as Valle’s, and for having fetishes.

Gosh, on the one hand, we’re impressed with all the space everyone is giving everyone to do and explore what makes them happy. On the other hand, this guy used his badge to stalk women and then brag to his fetish bros about killing and eating them. So, yeah, the safety of women everywhere wins out, sorry fetish-defenders. Valle took the tiniest of steps over the line and like, broke actual laws.

While you’re scratching your heads over that one, his defense attorney Julia Gatto also compared his trial to the War of the Worlds radio broadcast during closing arguments, in which a 1938 radio drama about Martians invading caused a public panic, and which, didn’t actually happen. So, calm down everyone. All this police officer did was look up the names and addresses of some ladies and then plan in excruciating detail how he was going to cook them. See more of the fetishist free-for-all in the comments section here.)