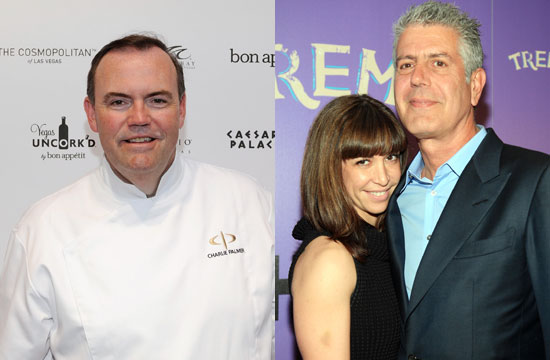 Finally, someone has owned up to the national restaurant tragedy that was the “hard”, “grey”, and “boiled” steak Ottavia Bourdain complained about in her Grub Street column. The culprit turned himself in to Eater Vegas via email, “before any more of [his] hardworking colleagues at other restaurants are implicated” by Vegas food blogger John “Senator McCarthy” Curtas. And it’s none other than… Charlie Palmer.

It was my restaurant: Charlie Palmer Steak Las Vegas. What can I tell you? It is always a downer to hear something like this, particularly when it concerns the wife of a colleague. But it is also frustrating because we only learned about it after the fact, and as a result I don’t know what happened or whose head, if any, has to roll.

We spend a lot of time and money sourcing great meat, so naturally, any complaint has my full attention. But since this particular steak wasn’t sent back to the kitchen, I’m in the dark.  Hearing about it later is like investigating a murder without a body. So for the record, I am extending my apology to Mrs. Bourdain for her negative experience. But I also wish my staff on hand had been given a chance to do more in the moment.

Anthony Bourdain, who’d been defending his wife’s decision to not name names in this bizarre witch hunt, breathed a sigh of relief via Twitter that this silly matter was settled with class. “Charlie Palmer, you are a gracious man and a great chef. As we all know, sometimes shit happens. Thanks.”

Curtas has not commented since last night. And now the healing can begin, and our country’s darkest days are behind us. At long last, we can eat steak without fear of our integrity being called into question.