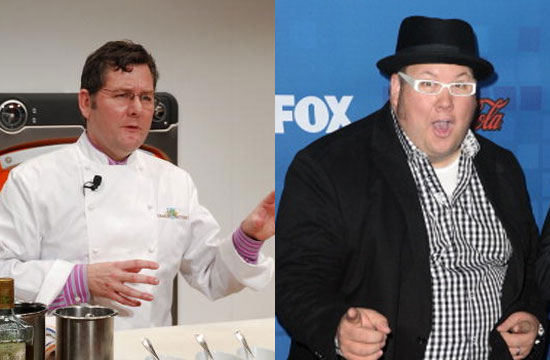 There are a lot of things that one must survive before they become awesome celebrity chefs like Graham Elliot,  even before the “opening multiple restaurants” and “finding time in your schedule to host MasterChef” parts of one’s life. In Elliot’s case, he had to survive Charlie Trotter.

The Chicago Tribute has part one of a two-part retrospective on Trotter’s monumental career, and interviewed Elliot and other Trotter alumni, to get a better sense of how Trotter ran the kitchen of his eponymous restaurant. Unsurprisingly, they all agreed that he was a mean sonofagun. During his first six months in the Trotter kitchen, Elliot says, he wanted to quit — especially during nights where Trotter would exercise his strange and unusual forms of discipline.

Homaro Cantu, who worked with Elliot during the time, remembered a night when Elliot cracked a joke on the line in the middle of service — a time where Trotter expects deadly serious behavior. “Charlie walks into the kitchen,” he recalls, “and he goes up to Graham Elliot, and he puts his hands around (Elliot’s) neck, and he’s like, ‘Don’t you know that I will (expletive) kill you right now?’ And Elliot’s just standing there, and tears (come) right out of his eyes.”

In Charlie Trotter’s world, though, OSHA doesn’t exist, and everyone else shrugged it off as simple discipline:

All Elliot will say about the incident is, “I can tell you that I was laughing when he walked in with the kitchen tour, and I was, uh — what would the wording be? — I was quieted.”

When asked specifically about putting his hands on Elliot, Trotter has this response: “Here’s the thing about me that I guess is misunderstood: I never talk about myself, but if I do say so myself, I’m just about the funniest guy I know. I have a sense of humor that might not always work for folks. I put my hands around a lot of people’s throats. We’ll take pictures in the kitchen. A guest will say, ‘Can I take your picture?’ I say, ‘Let me get a picture with me and this guy,’ and I’ll be like with my hands on his throat going, ‘Don’t ever mess me with again’ kind of thing.”

To this day, Elliot has utter loyalty towards the man who choked him. He returned to Trotter’s after a stint at Tru, run by the much nicer Rick Tramonto, and once kicked a food reporter out of his restaurant after said reporter live-tweeted mean things about Trotter. This has to be the nicest incidence of domestic violence we’ve ever come across.