Chris Hastings Fires Back At Farm-To-Table Critics: Purveyors Are ‘Most Important Heroes In The Food Community’ 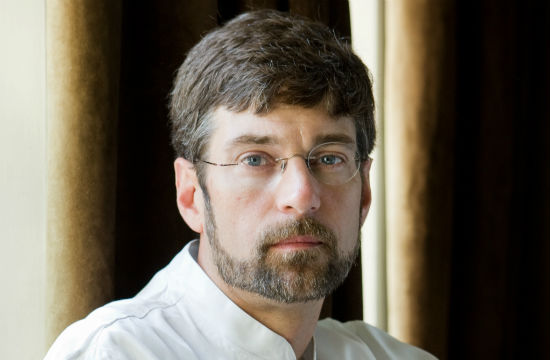 It took nine months for his argument to gestate, but Hot and Hot Fish Club’s James Beard Award-winning head chef Chris Hastings is finally firing back at that Thomas Keller/Andoni Luis Aduriz profile the New York Times ran, in which they declared that sustainability was the government’s responsibility and not any individual chef’s.

“One chef suggested that if you obsess about relationships with farmers, purveyors or producers, you do not have time to cook at all,” Hastings wrote in a recent blog post for Eatocracy. “I want to believe something was lost in translation because he could not have really meant that — it’s just ridiculous.”

A staunch farm-to-table advocate who only sources food within a 200-mile radius of his lauded Birmingham, Alabama restaurant, Chris acknowledges that “farm-to-table” as a term/fad is largely obnoxious, but doesn’t undermine its importance to a more functional food system. In fact, he hails purveyors as the unsung heroes of the whole food industry.

“Chefs need to make it their mission to find the best, whether it’s farmers, foragers, fishermen, a pig man, the local couple raising a few chickens and eggs or heirloom seed banks that are propagating vegetables, grains and fruit. They end up building a network of, arguably, the most disproportionately passionate people on the planet — the local purveyors. This network is key to getting the most bang for their buck…

…Next thing you know, the local chefs and the newest, most important heroes in the food community — the purveyors — are now getting phone calls from folks wanting to start farmers markets, create edible schoolyards, organize food festivals, contribute to local charities, improve school cafeteria programs, discuss community development ideas through the prism of food and create a better, safer, more sustainable food supply.”

Are we the only ones who want Chris Hastings and Chris Cosentino to get together and jam about the brokenness of the factory farm industry? Because we want that so hard.