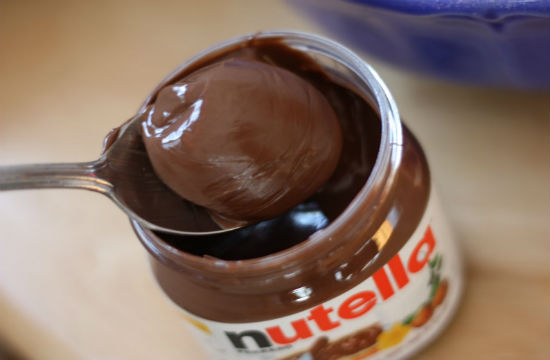 The hazelnut spread is widely known to be sweet, smooth, eat-out-of-the-jar-with-a-spoon crack. So what Columbia University thought was going to happen when they stocked their dining halls with Nutella, we don’t know.

Apparently, students with meal plans are costing the school $5,000 a week in Nutella expenditures. That’s $260,000 a year spent on hazelnut spread. That’s 100 pounds of Nutella a day. Of course, the Ivy Leaguers are also straight-up filling to-go cups with it and “smuggling” it out of the cafeterias, but hellooo, that’s what the to-go cups are for, administration. Don’t hate the player, hate the game.

According to the New York Post, “Officials fear that instead of eating what they’ve walked off with, some students let it go to waste.” Who are these delusional school officials? No self-respecting, stressed out co-ed is throwing away perfectly good Nutella. Running an elaborate Nutella cartel out of their dorm rooms during late night hours when everyone needs a fix, and the dining halls are closed: probably. Eating it on carrot sticks for “dinner”? Sure. But they’re definitely not wasting it.

Equally hilarious is the report that officials are reluctant to introduce items like lobster tails to the dining hall menus because of the cash they’re hemorrhaging on Nutella. Which, like, ain’t nobody got time for your rich people problems, Columbia.*

*Full disclosure, this message has been brought to you by an NYU grad who had to buy her own goddamn Nutella and is full of jealousy rage.