It's Confirmed, Millennials Are Food Snobs 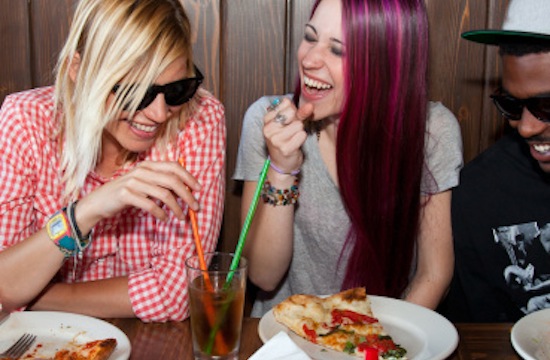 Try to win us over with Taco Bell breakfast phones, but we ain’t having it.

A new Forbes article details all the way that millennials, now one-fourth of the U.S. population, are making restaurants and chains bend over backwards to cater to their snobby tastes. Because yeah, we don’t just eat anything anymore, OK? We’re way over the instant ramen phase of our lives. (Oh wait, we’re really not.)

Although the generation of millennials collectively hold $1.3 billion in spending power (where’s all that money, bitches? We don’t know where that money is!), dining out has declined by 21 percent over the past seven years. And fewer young people are hitting up fast-food and “fast-casual” chains, including those restaurants like Red Lobster and Olive Garden that incite running jokes about suburbia and old folks.

So what is it that the young people care about when eating out?

The keys to … success? A strong digital presence and a willingness to invest money not in advertising, but into the quality of ingredients.

“Some leading casual dining chains— often those with big advertising budgets such as Olive Garden and Red Lobster — are recognizing that current menu constraints are failing to deliver consumer value at both the premium end and the entry-price point level,” Palmer writes. “As chains such as Chipotle, Trader Joe’s, and Whole Foods reinvest more in the core concept and less in advertising, consumers seem to be recognizing the food value without the need for traditional promotions or limited-time offers.”

Translation: We like shiny things and organic everything. Go eat your ramps and kale and drive that poor chain Red Lobster out of business, you jerks. (Oh wait, we’re one of those jerks.)

RELATED:
The 7 Supposed Food Trends of 2014 We Pray To God Don’t Happen
Breakfast Links: ‘Healthy’ Entrees at Casual Restaurants Might Kill You
Being a Professional Frozen Food Taster is Exactly As Traumatic As it Sounds”