Critic Leaves Wine Advocate, Immediately Gets Sued By The Trade 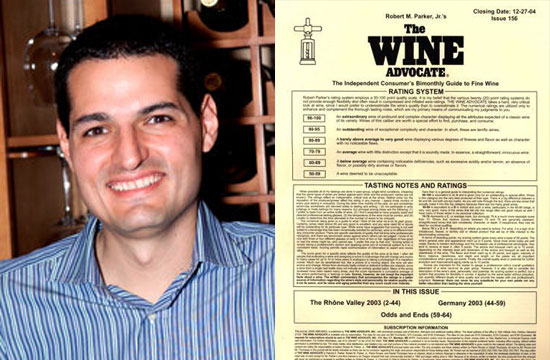 Wine lawsuits are serious business, and the famed magazine Wine Advocate recently filed one against one of its star critics, Antonio Galloni, for  breach of contract and fraud. As the New York Times described the suit, “The Advocate accuses Mr. Galloni and his company, All Grapes Media, for not delivering articles that he had been contractually obliged to publish in the magazine, and for doing work for his own future publication while he was being paid by The Advocate.”

What exactly does that mean, really? According to the filing, it means that Galloni did certain Not Cool things. Here are the following grounds, in order of “Most Lawsuit-able” to “That’s a dumb lawsuit”:

Of course, even though Wine Advocate is suing the pants off of Galloni and his small start-up, they want to make clear that they’re still BFFs in vino. “Our actions are simply a matter of retrieving a service we paid for on your behalf,” founder Robert Parker told readers (subscription only). “This is not an attempt to stop Antonio from moving on; we continue to wish him our very best.”

Hence a lawsuit: the true gift of friendship! Like a macrame bracelet, or herpes.