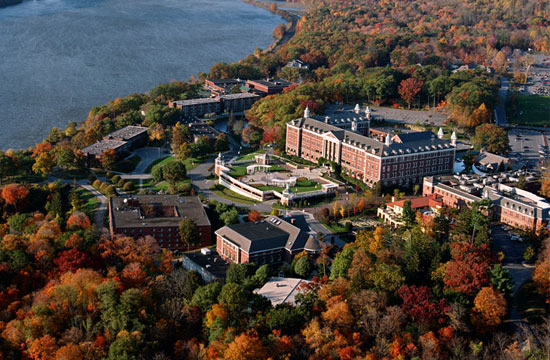 Yesterday, students at the Culinary Institute of America walked out of class to protest what they saw as a decline in the prestigious school’s educational standards. The New York Times reported that the protest made up roughly one-fifth of the Hyde Park student body, but we’ve received a memo from Stephan Hengst, the school’s Director of Communications, which puts the number at more like 60 to 70 protesters, and only four percent of students.

While some of the points they made to the school’s administration were just normal college gripes (keeping the cafeteria open during late night hours, for instance), one overwhelming trend stood out: students perceived that the school was trading tough discipline, educational quality, and a celebrated work ethic, in exchange for rapid expansion and a graduating class full of telegenic, soon-to-be reality stars. One of the biggest complaints: applicants no longer need prior line experience, and can actually count part-time work “in a jam shop on the Upper East Side for a few months” instead. Hengst asserts that, “food retail sales experience does not qualify for the experience requirement,” but a policy change in 2012 deemed front-of-house experience acceptable.

As many of the students argue, their protest is about protecting the reputation of the top school, which is already taking a hit according to its alumni. Speaking to the New York Times yesterday, Virginia chef Alex Tyree complained about the types of students now graduating from the school that taught Grant Achatz, Charlie Palmer, and Anthony Bourdain: “These chef-bots roll up right out of the school with a few skills and no work ethic,” he complained. “It’s becoming a chef factory more than a culinary school.”

Indeed, the administration, headed by Tim Ryan, has been expanding like whoa (goodbye, Escoffier Room; hello, Singapore campus), and says that the 90 students are overreacting. “This is a profession and an institution in transition,” said provost Mark Erikson, adding that the new landscape of the food world could not accomodate its old curriculum. “The traditional kitchen is an autocratic master-apprentice model, where all the students say is ‘Oui, chef.'”