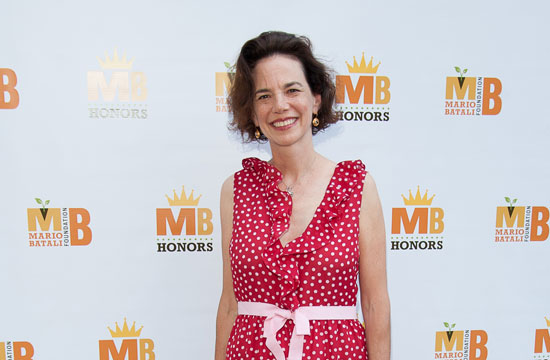 In a recent interview with Brown Alumni Magazine, Dana Cowin told her alma mater a few things about her awesome life as editor-in-chief of Food And Wine Magazine: namely, she gets to travel around the world, eat delicious food, and discover the hottest new talent that the country has to offer. That last part, she told a reporter over lunch at ABC Kitchen, is possibly the best part about her position:  “I’m trying to think of a way to say this without sounding conceited, but we don’t make a lot of mistakes when we pick talent.” Yeah, Dana Cowin is kind of like a big deal.

But her track record with the magazine’s annual 10 Best New Chefs Awards is admittedly spot-on: many of the biggest names in American cuisine, David Chang, Thomas Keller, and Grant Achatz among them, were virtual unknowns before Cowin’s nomination propelled them into the spotlight. And according to her deputy editor, this is one of her favorite tasks:

“One of her favorite days of the year is when she gets to call our Best New Chefs and tell them that they’ve been selected,” says Cowin’s deputy editor, Christine Quinlan. “Without fail, there’s always somebody who thinks they’ve been punked, someone who’s in tears, someone who’s cursing in public.”

To be fair, no one would believe it if Dana Cowin called you out of the blue and said that she was changing your life. But it’s that level of personal connection to the chefs that Cowin says solidifies the magazine’s reputation: “People come to rely on the magazine for finding new talent, and the new talent is so proud of having been found that they help promote the magazine.”