Daniel Boulud Has Never Heard of A Half-Smoke 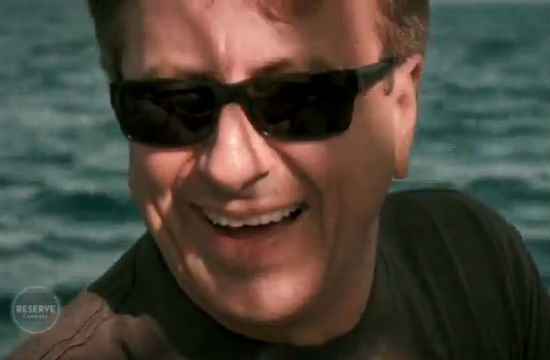 Did you know that Daniel Boulud plans on opening a DBGB Kitchen + Bar in our nation’s capitol soon? It’s true! It’s happening! And, in what the Washington Post called a “preemptive strike of hospitality,” Boulud hosted a huge party for all of DC’s chefs on Monday, just to say “Hi.” (As one chef put it: “What better way to forestall that jealousy than to reach out and embrace the chefs of Washington, so we have to embrace back?”)

But while his bistro hopes to capture the flavors of DC in its burgers, DBGB is also known for its sausages — which is why the fact that Boulud has never heard of a half-smoke is a minor travesty:

If not hamburgers, then what about sausages, an item DBGB holds dear? The Bowery restaurant caters to the sausage crowd with a line of links that include an all-beef weiner and a lamb-and-mint merguez. Perhaps Boulud could find room on his menu for Washington’s signature sausage, the half-smoke, that half-beef, half-pork, always spicy banger with the mysterious origins?

Boulud had never heard of it, but you could see the cogs and flywheels start to turn in his brain.

“Oh,” he said, “that’s an aspiration right there that we can work on.”

Was he serious? Could Washington look forward to a Daniel Boulud-branded half-smoke in the future?

“Sounds like a good one,” he said. “We’re going to try to find one today on the way out of town.”

Quick! Gin up controversy, internet! Fly! (Still, we can’t believe Boulud’s opening a restaurant in DC and has never had a half-smoke. They’re Big Deals.)