Daniel Rose Doesn’t Care About Star Ratings: ‘If It Was A Goal, I’d Have A Michelin Star Already’ 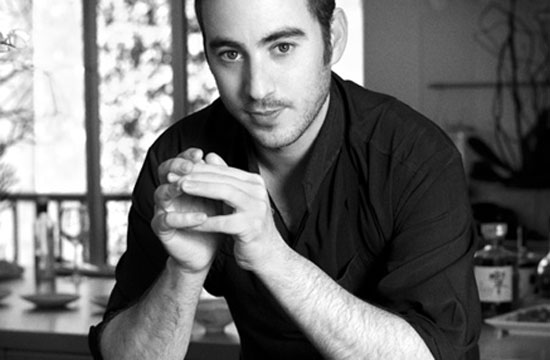 Daniel Rose, the American chef at Spring in Paris, spoke to Nuvo Magazine about how his unpretentious cooking style upended the traditional French conception of a “popular restaurant.” That’s not an easy task, given the strictly codified French style of cooking and institutions like the Michelin Guide that basically determine what is and is not okay in la cuisine française.

Ignoring the traditional markers of haute French cuisine (ornate restaurants, set menus, a distinct lack of concrete floors), Rose’s  restaurant echoes the hip Brooklyn places we love to hate to love: “The look is minimalist, as in concrete floors and unadorned white stone walls; the style here is centered on the plate. The set menu [an affordable $46] changes weekly, and the room’s ambience surrounding all that lovely fare is fun.”

But although his restaurant is extremely popular — so popular that they had to move to a tonier neighborhood and a larger restaurant to keep up with demand — Rose isn’t interested in chasing the approval of the mysterious Michelin men:

“If it was a goal,” he says, sitting down for a coffee before the dinner rush, “I’d have a Michelin star already. With what we think we know, we could recreate the Michelin-starred experience—no problem. But instead, we make what we like to eat, keeping in mind what customers like to eat, too. There’s a reality here that we’re running a business. The best restaurants are a balance between being creative and pleasing the customer, while keeping employees happy and paid.”

That echoes a similar sentiment expressed by a certain Nick Kokonas, doesn’t it? But although the Chicago-born Rose operates on the opposite side of the Atlantic, Rose maintains a completely different philosophy from the abstractionists at Alinea: “I’ve never eaten there. I don’t eat like that,” he stated, then added that “everything is relative. In the end, we all want to serve food that’s satisfying.”