Daytime Emmy’s Announced: Which Chefs Made the Cut?

Daytime Emmy’s Announced: Which Chefs Made the Cut? 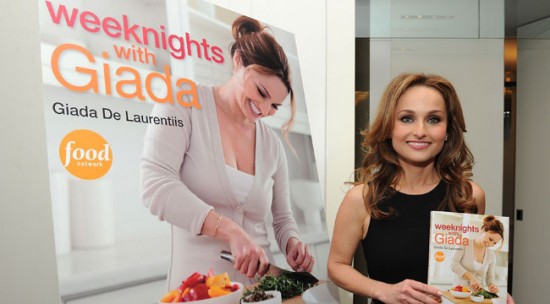 While nursing a pinot buzz this morning on The Today Show, Kathy Lee Gifford and Hoda Kotb announced the 2012 Daytime Emmy Award nominations. Among the numerous awards for things like Best Soap Opera Hair (really) were noms for some of our favorite Daytime TV Chefs. So how do the food personalities stack up?

Giada and Rick’s shows are also duking it out for the Outstanding Directing in a Lifestyle/Culinary Program, along with PBS’s Cook’s Country and America’s Test Kitchen.

In all, Food Network earned itself 12 nominations. Not shabby! We’re secretly rooting for underdog Rick Bayless to pick up a couple of awards, but Giada’s the Julia Roberts of food TV, so the mole master’s chances seem slim.

Check out Hoda, Kathy Lee and Entertainment Weekly‘s Jessica Shaw dishing the rundown. (Sadly, only Rachael Ray gets a shoutout…the ladies are very preoccupied with who was robbed in Soap nominations.)