Diet Soda Sales Plummet in 2013 Due to Health Concerns; No One Told Us And Now We’re Freaking Out 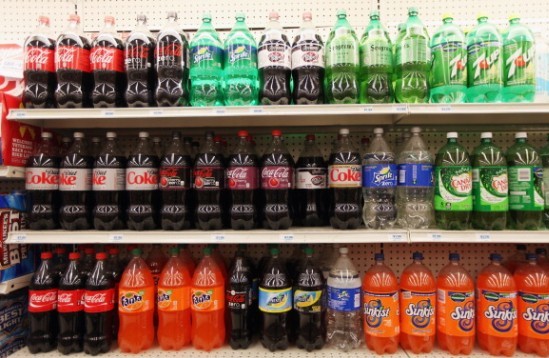 According to the Wall Street Journal, diet soda had its worst sales year ever since the discovery of aspartame, driven largely by health concerns that diet soda could be a factor in causing The Cancers, The Obesities, and The Diabeeetus. Even worse, over the past three years, “store sales of zero- and low-calorie soda plunged 6.8% in dollar terms in the [past year, and] as a category, diet soda has contracted more than regular soda for three straight years.”

Well…no one told us that diet sodas were Terrible and Bad now. But no, we’re not drinking diet sodas by the case-full in our office. Nope. Ignore that stack of silver cans in the corner. That’s, um, depleted uranium. Yeah.

It’s not just aspartame’s fault, though — it’s the fault of a host of other chemicals, combined with people becoming increasingly comfortable with the idea of being obese:

In a March survey by Mintel, 34% of those aged 18 to 36 considered it a “treat,” a higher proportion than among older drinkers. Meanwhile, about 20% of Americans say they are on a diet, down from more than 25% a decade ago, according to NPD Group.

But the biggest drag is health fears about artificial sweeteners found in diet soda—mainly aspartame, but also sucralose and acesulfame potassium.

Coke ran print ads this summer defending aspartame and pointing to more than 200 studies backing its safety. It is also leaning heavily on Taylor Swift to promote Diet Coke, splashing the singer’s autograph on cans of the top-selling diet soda in October after signing her to a marketing deal.

Oh, what a relief! Uh. We mean…we hate diet soda so much, we’d rather drink depleted uranium.