Does Frank Bruni Miss Being A Food Critic? A Review Of His Tortured Op-Ed Food Metaphors 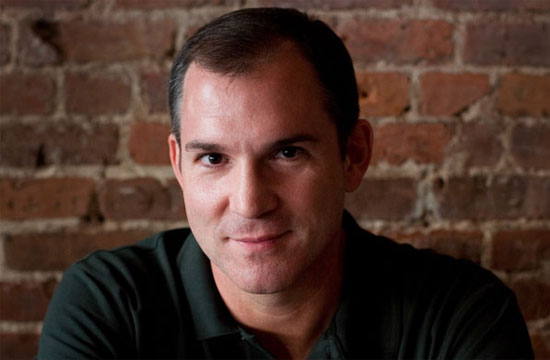 No matter how intellectually hefty becoming a New York Times op-ed writer might be, no matter how much prestige (or not) it gives one among the chattering classes, Frank Bruni has proved, once again, that he really can’t let that “being the Times restaurant critic” thing go. This morning,it was pointed out that Bruni employed a particularly tortured food simile, used somehow to describe Sen. Rand Paul’s surprising ascent in the GOP’s hierarchy:

“He’s like a vegan who has chosen to sup at a steakhouse… Now that he has access to the kitchen, he can filibuster the filet, stall the sirloin with nuisance amendments, and leave diners with only a side of spinach, and maybe an iceberg wedge… It’s a crazy salad he’s serving, no matter how it’s currently dressed.”

It would be much easier to point out that Sen. Paul was named after Ayn Rand, but we digress.

Sadly, this is not the first time Bruni’s unconsciously gone back to food as a metaphor for a political event. Really, you might ask? Let’s go on a magical journey through his tenure as an op-ed writer for Murderer’s Row, since 2011:

On the unfortunate American tendency to binge on everything:

AROUND the time that Netflix released an entire season of “House of Cards” at once, so that viewers could gorge on all 13 episodes, a friend sent me a plaintive e-mail about the way that foodie-favored restaurants give her no option other than gorging.

She misses salads. (Yes, it’s possible. Really.) She’s nostalgic for healthy sides. In one place where she recently dined, she ordered kale, only to find that it was fried and, adding insult to artery, pummeled with candied pancetta. In another place, slivers of pastrami accessorized an unsuspecting salmon. She encounters bacon on brussels sprouts, bacon in sundaes and martinis, bacon, bacon everywhere, along with marrow and liver and lard.

On Newt Gingrich no longer being a viable political candidate:

It’s not easy letting him go. Not easy at all. Sort of like swearing off bedtime Ben & Jerry’s: there’s valor and the promise of self-improvement in the sacrifice, but also the sad awareness that the world just got a little less naughty. A little less fun.

No matter. It’s time to cut Newt out of our diets.

He has no nutritional value, certainly not at this point, as he peddles his ludicrous guarantee of $2.50-a-gallon gasoline, a promise that would be made only by someone with his own bottomless strategic reserve of crude. Doubly oily entendre intended.

Maybe his flamboyant knowledge-flaunting and ceaseless crowing are indeed liabilities, but ones that Republican voters forgive him as they stand at the 2012 salad bar, famished for a protein other than Mitt Romney and forced to choose from what’s there. The baby shrimp absent, the chicken strips missing, they settle for legumes. Gingrich is their bloviating garbanzo bean. Onto the romaine he goes.

On Grover Norquist’s media blitz during the summer of the debt ceiling (which we’ll forgive him for, this is Norquist’s doing):

As he walked in and sat down he was sermonizing. As he got up and left an hour later he was still going strong. He seems to live his whole life in midsentence and takes few detectable breaths, his zeal boundless and his catechism changeless: Washington is an indiscriminate glutton, and extra taxes are like excess calories, sure to bloat the Beast.

When he ordered only an egg white omelet with spinach, I had to wonder: preferred meal or deliberate metaphor?

On…something about how much the summer of 2011 was a summer of cultural and political deprivation. We think. (It’s a meandering little op-ed.)

DID insects hire a new publicist for the summer of 2011? Or have I scrambled the question, and should I be asking if they lost the publicist who had shielded them until now?

Either way, seemingly everywhere I turned, I was being told to eat them. An article in the New Yorker floated the notion, framed as easy on the budget and good for the overstressed environment. So did a piece in the newspaper you’re reading now. Before this odd, disquieting season, cicada banana bread wasn’t in my vocabulary. Time magazine put it there with a story dated, fittingly, the very first day of summer.

I begin with bugs partly because some levity is in order, given the gloom to come. But more than that, mealworm pilaf as an answer to our dwindling resources strikes me as a reasonably apt metaphor for these last few months. It suggests a decline in our lots, a reckoning with our limits, a grasping for solutions and a humility in the absence of truly palatable ones. And that’s what the summer of 2011 has been all about.

If six examples of an occurrence equals a trend, then yep, Frank Bruni reeeeeally misses writing about food. (He does get to keep writing about delicious noshes for the Times, though, so he can’t really complain.) And frankly, since he was also formerly the Times Rome-based correspondent, we’ll say that we’re pretty happy he’s not using tortured Catholic metaphors in his op-eds.