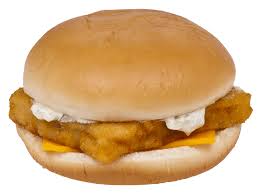 If you didn’t find Donald Trump‘s policies questionable, consider his policies on food. Namely, that he loves fast food. He told Anderson Cooper at a CNN Town Hall last night that he enjoys fast food on the road, including Burger King and KFC. But he enjoys neither of those quite so much as he loves McDonalds. His menu item of choice? Filet-O-Fish. We’ve been known to get down with McDonald’s french fries, and sometimes we’ll even go for the chicken fingers. But come on, Donald. Get it together.

But it’s not just the dining that brings him in to fast food chains. He loves them because they’re clean and consistent. He is quoted as having said: “One bad hamburger, you can destroy McDonald’s. One bad hamburger and you take Wendy’s and all these other places and they’re out of business,” he said. “I like cleanliness, and I think you’re better off going there than maybe some place that you have no idea where the food is coming from.”

True. But, this isn’t the first time The Donald has exhibited questionable judgment when it comes to his food. Here are three other crimes against taste buds he’s committed:

1. He likes his steaks well done. 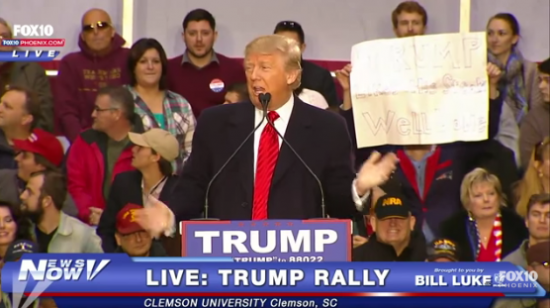 We needn’t remind you of this, but we will. Mainly because we get to watch one of our favorite trolling incidents of all time over again. 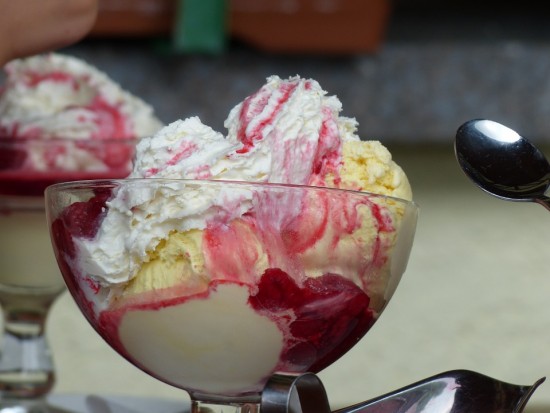 In a “25 Things You Don’t Know About Me” piece for Us Weekly, he revealed his ice cream preference. Nothing ruins perfectly good ice cream like stuffing a bunch of maraschino cherries into it.

4.  He scrapes the toppings off his pizza. 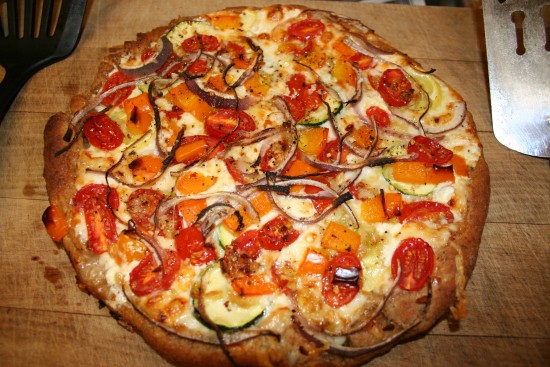 This one was actually hard for us to type and should be punishable by law. He also told Us Weekly that he defiles our beloved pizza. Pizza is the most perfect food ever created. If you’re on a diet, eat less pizza. Or no pizza. Or Cauliflower crust pizza. Do not destroy the pizza.

I think we can all agree on these.