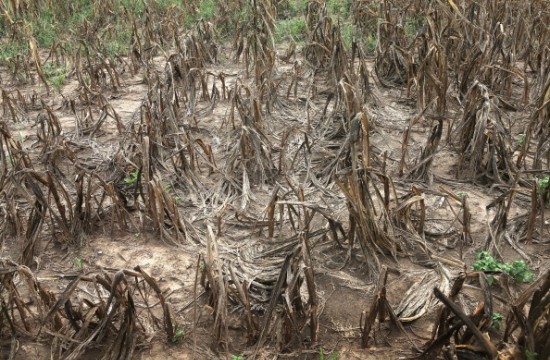 Much like everything else that we produce (think: Mars rovers and Olympic gold medalists), America is the number one producer of corn in the world, growing 40% of the overall supply. (The exact number: 333,010,910 tonnes. We’ll let you convert that from the metric system on your own.)

With the country undergoing the worst drought in a half century, however, members of the G20 Forum worry that the drought will lead to countries taking drastic measures to keep the prices of their own corn and grains from rising, such as placing embargoes on their own grain exports and keeping it all to themselves (which would completely drive the market, to use a technical term, bonkers).

While America already braces itself for next year’s rising meat prices, the rest of the world is worried that they’re going to see a repeat of the 2008 food price crisis. Reuters reports that representatives from France, the United States, and Mexico are convening a conference call at the end of this month to determine whether the full G20 needs to convene their Rapid Response Forum, an emergency meeting where the members discuss ways to prevent skyrocketing food prices.

“The call will discuss what can and what can’t be done,” said Christopher Matthews of the U.N. Food and Agriculture Organization. “It will be a first discussion, with a view to probably calling a meeting at a later date, though that has not yet been decided.”

Notably, the 2008 food price crisis emerged thanks to a collision of multiple scenarios: not only drought, but also rising fuel prices (which affected industrial farm production, fertilizers, and transportation of food), the beginning of the recession, and lower stockpiles of food. While only America is experiencing drought at the moment, the Rapid Response Forum is paying close attention “to any new fact that could justify a meeting” of the group. Cross your fingers that it doesn’t get to that point.