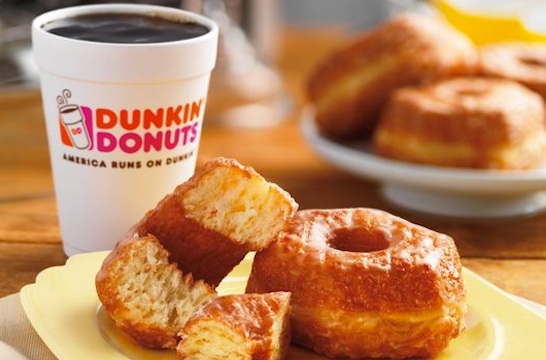 Despite everyone else saying that Cronuts and food hybrids are dead, America still has Cronut fever. Oops, “Croissant Donut” fever.

Seriously, we couldn’t believe that Dunkin’ Donuts has sold a staggering 8.5 million “Croissant Donuts” since debuting the limited-edition menu item in November. USA Today reports that the Cronut-knockoff, which originally debuted in Korea, will be a permanent edition to the menu because like whoa, everyone wants one. And Dunkin’ is getting fancy by adding fillings, much like the Dominique Ansel original. Well, we doubt Ansel would sell one called “Boston Kreme,” but you get the picture.

While Dunkin’ prefers to call the knock-off “the democratization of the mash-up food concept,” we have to wonder to ourselves why Ansel hasn’t gone lawsuit-happy on their asses. Seriously, 8.5 million Cronut-knockoffs. Let’s do the math:

Perhaps because Ansel is going after the more high-end, Cronut-dismayed customer with his new restaurant kitchen and tasting table? He’s tired of going after every bakery ever for making their own Cronuts? Or maybe Ansel realized he couldn’t commandeer every proprietary eponym, ever, as one plaintiff realized. Short’s Bakery, you win at life.

.@DominiqueAnsel I ripped open the envelope & got a paper cut. Thank god I had a Band-Aid—oops, I mean an adhesive bandage #NotACronut

.@DominiqueAnsel I am so sad I upset you, I started to cry & I immediately reached for a Kleenex… I mean paper facial tissue #NotACronut

.@DominiqueAnsel I had to apologize, so I Googled…Errrrrr! I mean internet searched for your contact information. #NotACronut

.@DominiqueAnsel I thought an email would be too impersonal, so I went to FedEx you my drawing… ugh, I mean overnight deliver. #NotACronut

Maybe #NotaCronut has negged Ansel into not pursuing any sort of million-dollar lawsuit against Dunkin’ Donuts. Either way, we believe that the Cronut has cast a long-lasting shadow on America, in $5 “cherry blossom ganache and sour cherry gelée” form or in $2.49 “Boston Kreme” form.