LA Weekly & Eater Founder Get Into It Over Kat Odell’s Portrayal On Eat, Drink, Love 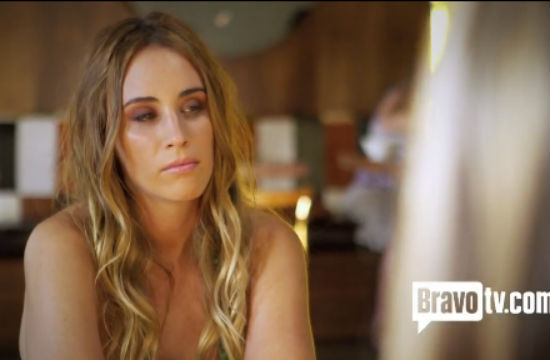 We’ll admit, we haven’t rushed to stuff our screener of Bravo’s latest unholy H’Wives/food show mash-up Eat, Drink, Love into the nearest DVR quite yet. And honestly, it was because we were afraid of headlines like this one, courtesy of LA Weekly’s Besha Rodell: “Bravo’s Eat Drink Love is Bad For Women, The Food World and Los Angeles.”

…This is our sadface. Rodell rattles off a list of grievances, including the usual complaints of too much focus on the five leading ladies’ weight and love lives, and not enough focus on their careers or purpose in the foodsphere. But Eater LA editor Kat Odell, the show’s requisite food writer, gets the harshest critique, by far. (Also, the best disclaimer by Rodell: “When I arrived in L.A., Odell made quite an effort to publish a photo of me in an attempt to ‘catch a critic.’ While the experience was slightly annoying, she was only doing her job as dictated by Eater, and I did not go into the watching of this show looking for any reason to dislike her or the show itself.”)

Continues Rodell in her multi-paragraph critique of Kat:

It’s a sleazy, disheartening portrait of food journalism from the outset, with [fellow cast member and restaurant PR rep Brenda] Urban declaring matter-of-factly, “Kat has a reputation for sleeping with everyone she writes about and writing about everyone she sleeps with.” The number of L.A. restaurants that are mentioned by name and therefore dragged into this ugly quagmire is embarrassing for them and for the city.

All this would be fine if Bravo and Eater weren’t peddling Odell as a true journalist — but they are. A couple of weeks back, Eater’s founder Lockhart Steele got into a Twitter tiff with chef and Top Chef judge Tom Colicchio about whether or not Eater adheres to journalistic standards. After a lengthy exchange — about restaurant criticism, the star rating system, etc. — Steele declared that Eater is “doing some of the best food journalism anywhere.” Colicchio disagreed, at one point making the argument that Eater had never reached out to him to check a fact, and there was even a challenge on Steele’s part for a public debate over the matter.

It’s also worth mentioning, after seeing Eat Drink Love, that sleeping with your subjects and/or sources isn’t looked kindly upon in the world of journalism either. That Eater’s Odell does so with such abandon, and is willing to advertise it on television, is a blow to food journalism in general, and female food journalists in particular.

Lockhart Steele jumped into the mix himself, commenting on the post with his name, email address, Twitter handle, and phone number, extending an invite to anyone who’d like to discuss Eater’s journalistic standards. He adds:

As for this — “that sleeping with your subjects and/or sources isn’t looked kindly upon in the world of journalism either. That Eater’s Odell does so with such abandon, and is willing to advertise it on television” — I’d invite everyone to watch the first episode and show the part where Kat does so. Does one of her reality enemies make this specious claim during the episode? Evidently. Does that mean Besha’s journalistically correct in conflating that trash-talking with reality, notwithstanding the attempt of her next paragraph to wash her hands of the very dirty business she’d just engaged in?

This might just be because we’re in close proximity to a fictional television moment involving a male news editor telling his hot young female staffer “unless you want to put on heels and fuck me for an hour, you need to stop being a little bitch,” but we’re more than a little relieved to see Steele immediately going up to bat for Odell and unilaterally praising her work.

Hey, remember how we’re all sex-positive feminists around here and whom you choose to sleep with has nothing to do with how well you do your job?