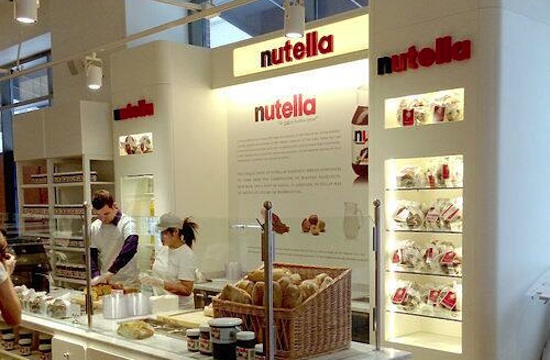 Mainly because of that Nutella bar, but we digress.

Eataly Chicago, the child of Joe Bastianich, Lidia Bastianich and Mario Batali, is getting ready for its December 2nd opening (just in time for the holidays — oh, we cannot even imagine the horror of navigating a brand-new Eataly during the holiday season with so many hungry people) and it looks prettier than ever. This was once an ESPN Zone, after all, so that 10,000-square foot space is filled to the brim with every imaginable goodie there could be. What’s you’ll find at the newest Eataly:

500 seats across 8 restaurants, according to Chicago magazine.

All the typical bars and restaurants you’d find at Eataly in New York — the seafood bar, the mozzarella bar, the gelato bar, the meat bar, etc. etc.

Every imaginable olive oil, duh. (OK, 100 of them — but still pretty impressive.)

Birreria — although from pictures, it looks wayyyyyy smaller than the New York version that sits on the rooftop. (Eat that, Chicago!) According to a press release, the first Dogfish Head beer to be served at birreria Chicago is a “Fl!P” ale, a twist on the beer flip cocktail.

Anyone wanna check out Eataly next week? They have a NUTELLA restaurant!! pic.twitter.com/WpFhBcGU1j

RELATED:
Mario Batali Thinking About Boston Location for Eataly in Faneuil Hall; Please Do That
Joe Bastianich: We Want To Open Eataly China
Eataly Conquers The Seas, Opens Branch On This Cruise Ship