Emoji Yelping? A Thorough (But Not at All) Yelp Emoji Restaurant Search of New York City 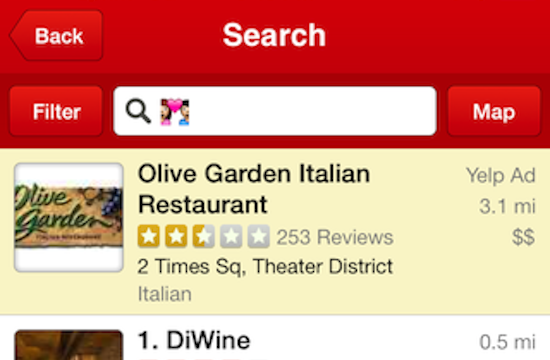 When Gothamist shared that we could now Yelp using emojis, we were like, cat face with heart eyes. Because when we are in need of pizza THAT VERY SECOND, why in the world would we take the time to type out “pizza” on our iPhones?? So naturally, because we are skeptical journalists at heart, we had to try all. the. emojis. just to see what it would pull up in our hood. Our very thorough (but not at all thorough) report:

Hypothesis: No way is this shit actually going to work. But let’s give it a whirl because EMOJIS, man. We’re a little bit too much like Shoshanna when it comes to emojis.

Variables: Trying this system of Yelping in Astoria, Queens. Just because we’re not cool enough to be living in Brooklyn or Manhattan doesn’t mean our restaurants in the new Brooklyn Queens doesn’t mean that we don’t have good food, guys!

Started out easy with the food emojis. And dude, they WORKED. Nailed it with coffee, pizza, ramen, sushi, and all of it. Good to know. 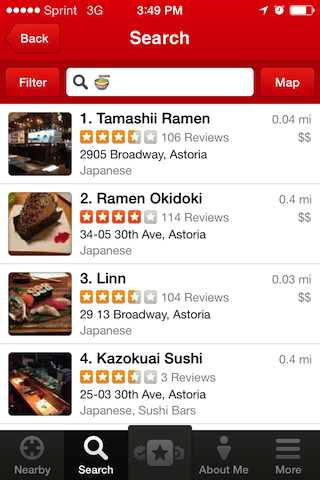 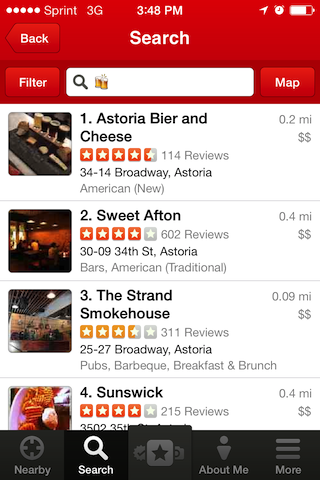 Well, we had to go above the dishes and see if it would recognize actual foods. So we tested out an eggplant, because vegetarians, yo. 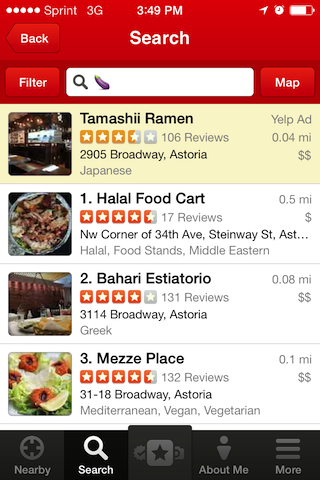 Then we figured we’d do the whole “farm to table” emoji. 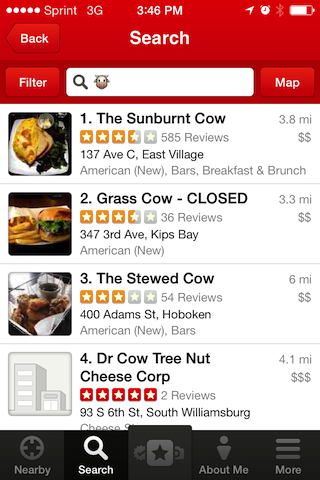 And then, pig — because if Spotted Pig didn’t show up, then we’d call it bunk immediately. 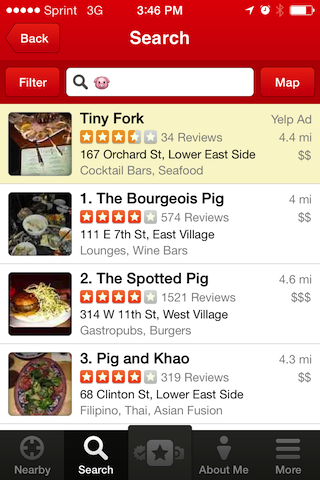 Oh there it is. Moving on.

Romance … didn’t quite work out. 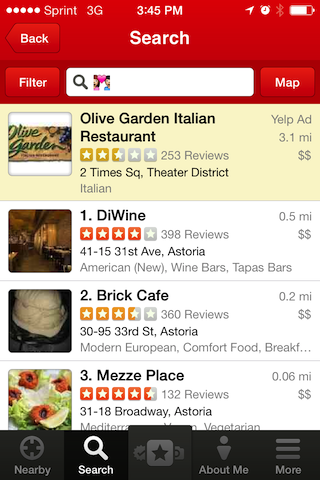 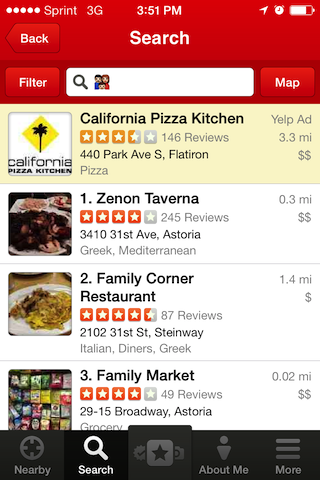 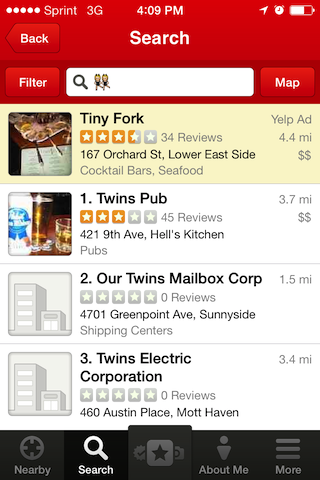 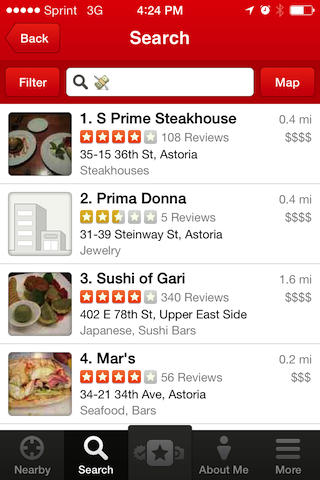 We were ready to concede that emoji Yelping was a mixed bag — until we tested the harder emojis. So we picked what we hoped was the “yum face.” And BOOM. 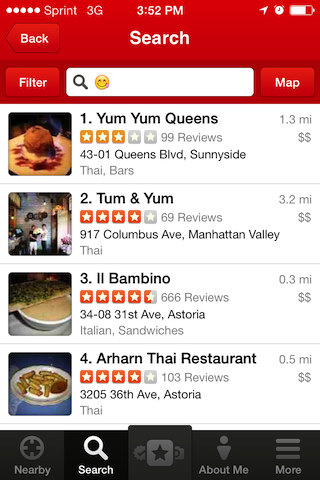 And then, just to really throw in a curveball, the Sunglasses Hipster Bro. AND THOSE ARE ALL HIPSTER PLACES. (Yes, Astoria does have hipster places — we’re not totally lame, guys.) 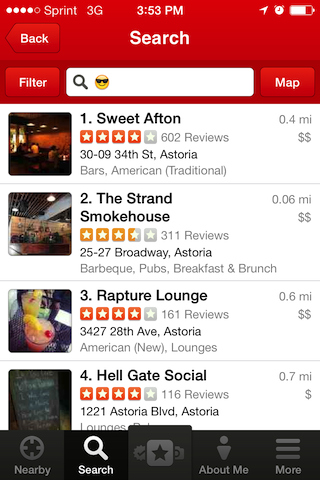 In conclusion: It works pretty well, unless you happen to want a romantic date, in which it will tell you to go to Olive Garden. Don’t do that.

Footnote: Also, don’t try the Poop one either. 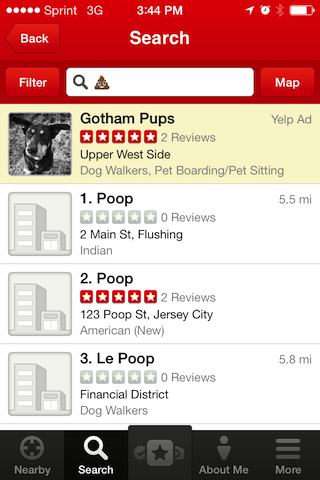 RELATED:
Yahoo Integrates Yelp Reviews into Search in a BeatifulTerrible Merger
Redolent Memories of the Ardennes’: The Best Terribly-Written Pretentious Yelp Reviews
The Days of Anonymously Bitching on Yelp Are Over