If Eric Ripert Says It’s Okay To Pair Red Wine With Fish, Then By Neptune, We Shall 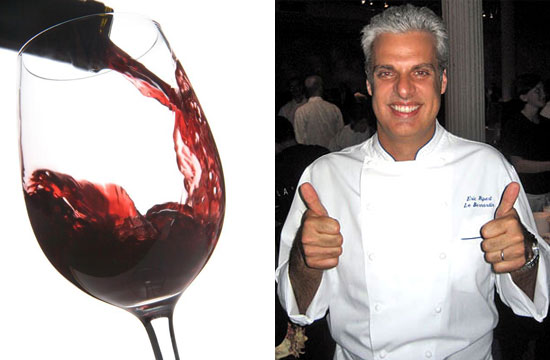 In an interview with food writer Andrew Harper, Eric Ripert mused on the evolution of his renowned restaurant Le Bernardin in terms of its customers, its menu, and its decor. More importantly, though, he had a few things to say about what is, and is not, okay to do with fish, and when Eric Ripert says something about fish, one must believe him. (It’s the natural law.)

For instance, Ripert blew our minds when he said that, contrary to decades of opinion, one can absolutely pair seafood with red wine. “It’s true — red wine goes fantastic with fish,” the sea king laughed, and we mere mortals fell blinded in awe of this divine knowledge.

Ripert, Lord of the Earthquake and the Salmon, then elaborated:

It depends on the type of fish and the way in which it is prepared. At Le Bernardin, when we are coming up with a new dish, the kitchen and I work very closely with Aldo Sohm, our chef sommelier, to create a wine pairing for the dish. It can go through several rounds before we decide on the perfect wine to accompany the dish. The sauce in the dish is a big factor in deciding if it should be a red or a white, and both red and white wines are equally considered before resting on a final pick. Me, I would happily drink Bordeaux with everything!

So now, in our homes, we honor Ripert by carefully pairing wines with our fish, building layers of flavors in our demi-glace and honoring his dictum of “perfection.”

Also, we know what to offer up to Ripert as sacrifices when we hope for safe passage through the treacherous oceans or Le Bernardin: entrails of sea urchin, gifts of black truffles and caviar, and bowls of Bordeaux, poured into trenches in the ground.