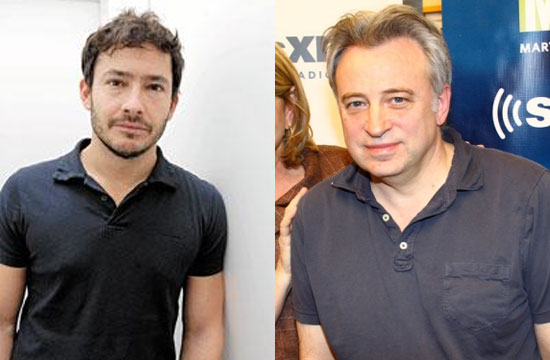 There is one man in London who despises Balthazar, Keith McNally’s game-changing, celebrity-filled New York City restaurant which he brought across the pond and opened this month. But not only does The Times’s Giles Coren really hate Balthazar (in his zero-star review, he called it “the best restaurant in London, with the worst food in Europe”), he particularly loathed how his peers fell all over themselves to shower Balthazar with plaudits, as if it were some sort of restaurant pope.

And last night, in an all-out tweet rant on the ass-kissing of Balthazar, Coren called out the atmosphere that glorified a restaurant he felt could bury the London restaurant scene. In what can only be referred to as, Inflammatory Comment Of The Day:

“Everyone loved it,” he tweeted to The Independent’s Tracy MacLeod, who gave Balthazar four out of five stars. “Everyone. It’s the greatest mass delusion since Nazism…truly the worst kitchen to open in London since the arrival of McDonald’s.”

Though he admitted that he (and his peers) might have gone a bit too early in the restaurant’s life to gauge its true potential, Coren still lamented that the restaurant would never get the honest shellacking it deserved, mainly due to fear of…hurting Keith McNally’s feelings?

@andylynes @mel_huang lots of chefs and critics hated it, told me they hated it, then lied publicly because they don’t want to be frozen out

@marinaoloughlin you want the names? Over lunch. Chefs, hacks, a total conspiracy of people who “love Keith too much to say anything”.

@richardhturner the lovely Keith scene. Because he is a lovely guy and everyone wants it to be a hit. I’m not saying that’s a bad thing.

From the looks of it, Coren isn’t accusing anyone of a diabolical conspiracy (nor is he calling Keith McNally Der Führer), but rather found a moment where the tight-knit community of the food world tripped on itself. As for himself: “I am just aware of the cool, lovely scene I have reluctantly excluded myself from with that review.”