Finally: Lin-Manuel Miranda Got His Picture on The Iconic Wall at Sardis 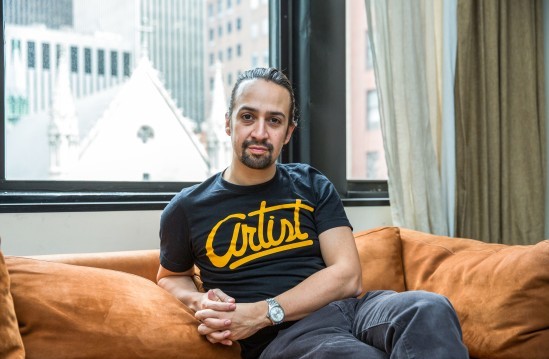 In March, Grub Street’s Richard Morgan wondered how it was possible that Lin-Manuel Miranda, the creator and star of Hamilton, who had just won the MacArthur Genius Grant and several other honors including praise from both the president and the first lady, did not yet have a caricature on the wall of Sardi’s on Broadway. He couldn’t get himself into “the room where it happens.”

Fair question. With a Kennedy Prize for “Drama Inspired by American History,” a Pulitzer, a Grammy, and everything else he’s won and surely will win, it seems as though the only honor he doesn’t have is an NBA Championship Ring.

And he certainly belongs. Sardis has been important to Broadway life forever, and by forever e mean since 1946. It was during a discussion in the now-iconic restaurant that “decisions happened over dinner,” the decision being that The Tony Awards should exist. There are about 1,000 drawings on the wall currently, including one of Clay Aiken. But even though In the Heights won the Tonys for Best Musical, Score, Orchestra, and Choreography, and even though Hamilton has garnered a record number of nominations and will no doubt take home an obscene number of awards, this one milestone has evaded Miranda. Until now.

When asked by Grub Street in March, Sardis said that they inducted about 20 people into their “wall of fame club” each year, and that there are three rules to getting on the wall:

1. “You have to be a friend of the house. Just because you are famous it doesn’t mean you get a picture.”

3. “Exceptions to the other rules.”

Today, “history happened in Manhattan.” Manuel’s caricature is on the wall, finally:

Congratulations to @Lin_Manuel on his caricature at Sardi’s! #Hamilton #RiseUp pic.twitter.com/dBSwXMZjP4

How to Throw the Ultimate Hamilton Dinner Party